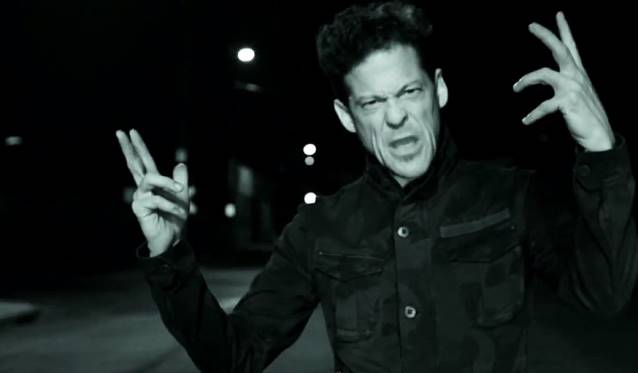 "… As The Crow Flies", the new video from the new video from NEWSTED — the new band featuring former METALLICA, VOIVOD and FLOTSAM AND JETSAM bassist Jason Newsted and STAIND guitarist Mike Mushok — can be seen below. The clip was filmed with director Leon Melas, who previously helmed NEWSTED's videos for the tracks "Soldierhead" and "King Of The Underdogs".

"… As The Crow Flies" is featured on NEWSTED's debut album, "Heavy Metal Music", which sold nearly 8,000 copies in the United States in its first week of release to land at position No. 40 on The Billboard 200 chart. The CD was made available on August 6, 2013 in North America via Chophouse Records/Collective Sounds and August 5, 2013 in Europe through Spinefarm Records.

Jason stated about "… As The Crow Flies": "It's one of the ones we play live, and I think it comes off quite well. As far as the new recordings go, it's one of my favorite moments, if not my favorite moment, on the record — the dual-lead guitar thing in the last 30 seconds of the song."