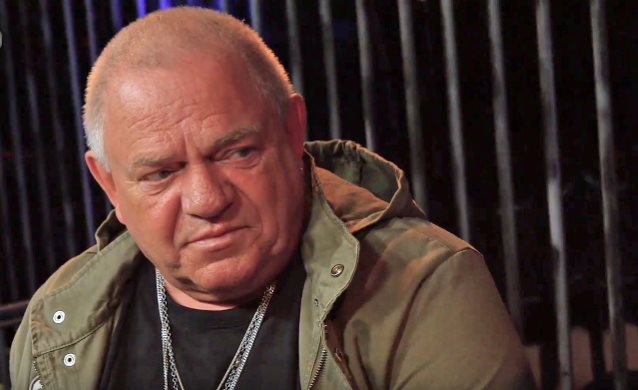 Next U.D.O. Album To Arrive In September 2018, Says UDO DIRKSCHNEIDER

Former ACCEPT and current DIRKSCHNEIDER and U.D.O. frontman Udo Dirkschneider was interviewed at the tenth edition of the Alcatraz Hard Rock & Metal Festival, which was held August 11-13 in Kortrijk, Belgium. You can now watch the chat below.

Speaking about ongoing tour under the DIRKSCHNEIDER banner, with which he is performing classic ACCEPT songs for the last time, Udo said: "Let's say it in this way: it was not planned to do the second part of [the] DIRKSCHNEIDER [tour] — what we are doing now until 2018; unbelievable. And, yeah, we had so many requests about it."

Udo explained his decision to stop performing ACCEPT material, saying: "I think ACCEPT is still existing. If I'm done with [performing songs from ACCEPT], then when people wanna hear some ACCEPT songs, they can go to [see] ACCEPT, and then I continue with U.D.O."

According to Udo, being on the road for the past year and half with DIRKSCHNEIDER has influenced the songwriting process for the next U.D.O. album, which is tentatively due in September 2018.

"It was very interesting when we were sitting together at the studio and the guys [in the band] came up with some riffs and stuff," he said. "Of course, if you play that long only ACCEPT songs, then in a way you get used to this style. And it will be a very interesting album. I'm really looking forward to this."

U.D.O.'s latest album, "Decadent", was released in Europe in January 2015 via AFM. The disc was recorded in Udo's home, Spanish island Ibiza, and also at Redhead Audio Productions in Wilhelmshaven. 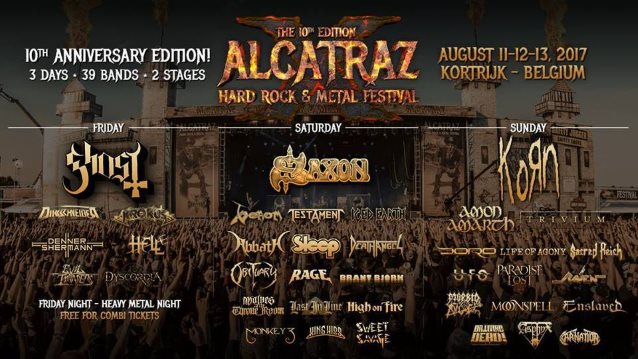