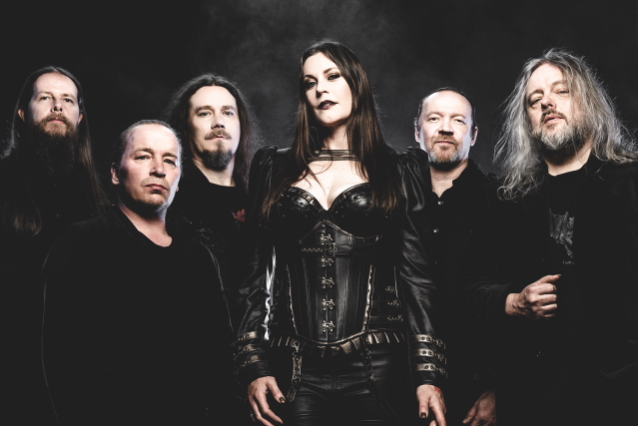 NIGHTWISH will release "Human. :II: Nature. (Tour Edition)" on November 18 via Nuclear Blast. It will be made available as a luxurious 2CD plus Blu-ray digipak and include the band's latest album alongside NIGHTWISH's two interactive experiences in May 2021 when the group performed in a tavern called "The Islanders Arms" built in a virtual world. On both nights, the fans experienced a one-and-a-half-hour performance, hearing songs live off "Human. :II: Nature." for the first time ever. Each of the two nights had its own slightly different setlist. Originally available just as a DVD release and on Blu-ray in Japan, this new edition is the ultimate version to re-experience this unique and magical show NIGHTWISH created after their world tour had to be canceled.

Half a year in preparation and premiered on May 28 and May 29, 2021, "An Evening With Nighwish In A Virtual World" was not just a regular streaming show. It was an exceptionally ambitious production, allowing fans to follow the band playing live in an astonishing 3D world, designed according to the band's vision, while interacting with each other.

NIGHTWISH's two interactive experiences drew 150,000 viewers, setting the record for the largest paid virtual concert in Finland's history. Most of the viewers came from Europe and North America, but the performance was a truly global event, with fans in 108 countries purchasing tickets to the show and the box office gross exceeding one million euro.

"This is definitely one of the coolest things NIGHTWISH has ever done," the band comments. "Entwining visual elements, technology and music in such an extraordinary way offers a unique experience to us all."

About 30 people from seven different countries, many of them longtime fans, put everything they had into the game to craft a high-quality virtual concert featuring a NIGHTWISH-themed tavern, elaborate animations and 3D models that provided an atmospheric and inimitable stage for the group's 100-minute-long, stellar career-spanning set brilliantly mastered by Mika Jussila at Finnvox.

Celebrating the announcement, NIGHTWISH has released a video for "Noise", taken from "An Evening With Nightwish In A Virtual World".

CD 2: All the Works of Nature Which Adorn the World

NIGHTWISH keyboardist and main songwriter Tuomas Holopainen recently spoke to Rauta about what fans can expect from the band's upcoming follow-up to "Human. :II: Nature.". He said: "I feel it's gonna be the third part of a trilogy started by 'Endless Forms Most Beautiful' [2015] followed by 'Human. :II: Nature.' and then finished by this upcoming album."

According to Tuomas, NIGHTWISH's next LP will cover previously uncharted ground while continuing in the more cinematic style that has characterized some of the band's recent efforts.

"There's always something new," he explained. "It's important for my own mental health, when it comes to writing music, that you need to search for some new territories and try not to repeat yourself. And that can be heard on the upcoming album, for sure, already on the demo that we've done."

Asked if NIGHTWISH's upcoming LP will once again be an exploration of evolutionary science, as was the case with the previous two releases, Tuomas said: "Yes and no. It sails on the same waters, but there's some new surprises there as well."

Holopainen went on to say that NIGHTWISH fans will have to wait a while before hearing new music from the band. "We'll enter the studio next year and the album is gonna come out maybe early 2024," he said.

In August, Holopainen told Knotfest that he and his bandmates had spent "the past few weeks" listening to a demo of the next NIGHTWISH album. "Because of COVID, lots of free time, I decided to use that well, so I wrote all the songs for the next album, demoed it, wrote the lyrics, and now we have been brainstorming over it with these guys," he said, referring to drummer Kai Hahto and the rest of NIGHTWISH.

In August, NIGHTWISH announced the addition of bassist Jukka Koskinen (WINTERSUN) as an official member of the band. Koskinen, who made his live debut with NIGHTWISH at the band's two interactive experiences, had spent the last year touring with NIGHTWISH as a session musician. 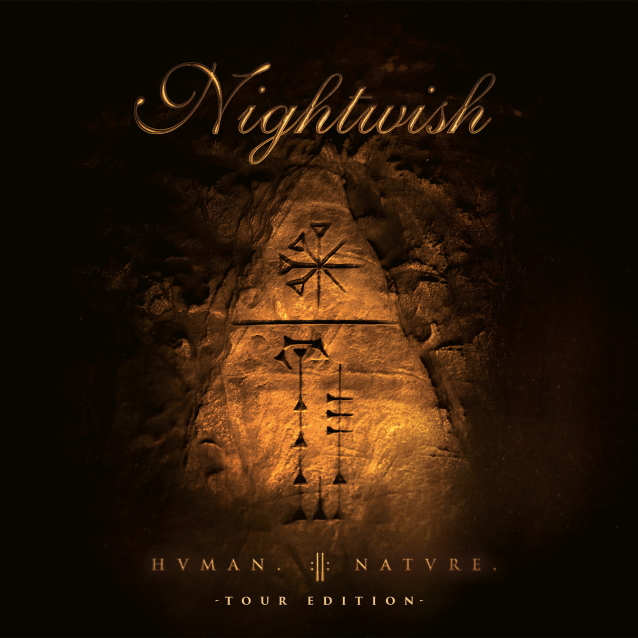