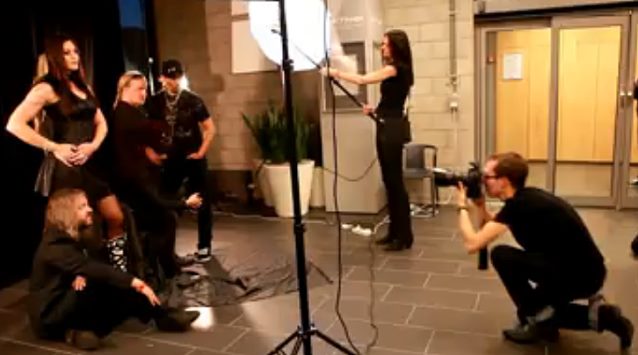 Behind-the-scenes footage from NIGHTWISH's August 10 photo shoot with photographer Tim Tronckoe can be seen below.