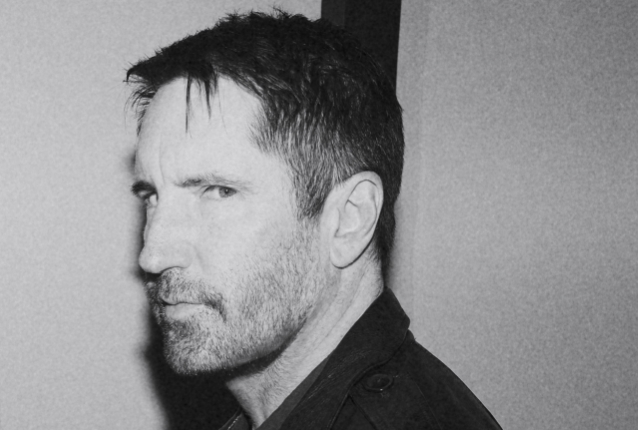 "We are gravely concerned about the future of our country (and the world) and therefore will be voting for and supporting Joe Biden and Democrats down the ticket," a message on the NINE INCH NAILS Twitter reads.

Reznor's support for Biden should come as no surprise to most NIN fans. Back in 2017, Trent called Donald Trump "a complete fucking moron" who doesn't believe in science. "That's what gets me the most — that he's this vulgar, grotesque dope, everything I hate in people," Reznor told The Village Voice.

Prior to the 2016 presidential election, Trent described Trump's victory in the Republican primaries as "surreal." "I'll admit that I was entertained during the Republican debates and the whole process of whittling them down," he added. "It's kind of fun to see a grenade go off and see these guys — I hate every one of them — be eliminated and humiliated. But it stopped being funny months ago. It's sad to see the discourse be dragged this low. It's absurd that this is even happening."

Warning: two political posts to follow.
We are gravely concerned about the future of our country (and the world) and therefore will be voting for and supporting Joe Biden and Democrats down the ticket.

Looking for ways to help Get Out the Vote? Sign up to join our friend Damon Lindelof and other special guests in a phone bank, calling on those in Battleground States to show up and vote for Biden. Details: https://t.co/lXbMbcN4bS

Voting shapes our lives & has lasting effects. This election will determine our health, rights & future. NIN have joined almost 200 artists in Planned Parenthood’s Action Fund initiative, encouraging everyone to make a plan to vote & be heard. Text PLAN to 22422 #WeNeedEveryVoicepic.twitter.com/pPMOuJ1Vf3

Thank you. Return to your regularly scheduled anxiety!