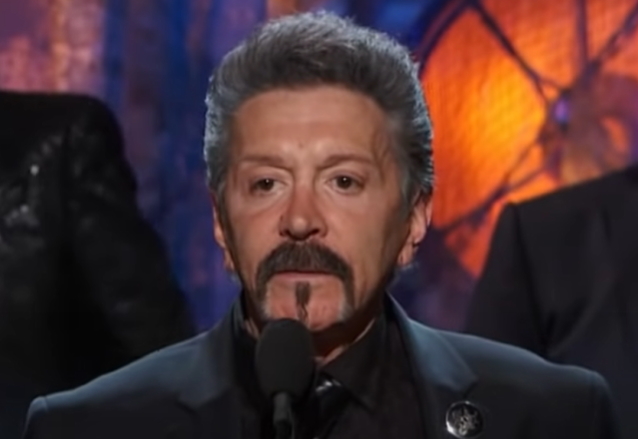 According to TMZ, founding BON JOVI bassist Alec John Such asked a friend for help in the middle of the night over the weekend, just hours before he was found dead.

Horry County chief deputy coroner Tamara Willard told the site that Alec woke up at his South Carolina home at around 2:15 a.m. on Saturday (June 4) to use the bathroom. On his way back to bed, Alec called out to a friend who was staying with him. The friend helped Alec get back into bed and then left the room. When the friend came back later to check on Alec, he was dead. An ambulance was called but the paramedics couldn't revive the 70-year-old musician. It's believed he died of natural causes. No accident or foul play is suspected.

The news of Alec's passing was broken by BON JOVI leader Jon Bon Jovi who took to his social media on Sunday (June 5) to write: "We are heartbroken to hear the news of the passing of our dear friend Alec John Such. He was an original. As a founding member of BON JOVI, Alec was integral to the formation of the band. … To be honest, we found our way to each other thru him — He was a childhood friend of Tico [Torres] and brought Richie [Sambora] to see us perform. Alec was always wild and full of life. Today these special memories bring a smile to my face and a tear to my eye. We will miss him dearly."

John Such, who also played in an earlier band with Sambora, THE MESSAGE, before ultimately joining BON JOVI, remained in the latter group until his departure in 1994. He was replaced by bassist Hugh McDonald, who became an official member of the band in 2016.

John Such was in BON JOVI when the band released its third album, "Slippery When Wet", a massive hit which sold 12 million copies. Its follow-up, 1988's "New Jersey", was just as successful.

John Such was inducted into the Rock And Roll Hall Of Fame in 2018 along with the rest of the original BON JOVI band. At the time, he said in his acceptance speech: "When Jon Bon Jovi called me up and asked me to be in his band many years ago, I soon realized how serious he was and he had a vision that he wanted to bring us to, and I am too happy to have been a part of that vision."

He continued: "These guys are the best. We had so many great times together and we wouldn't be here if it wasn’t for those guys. Love them to death and always will."