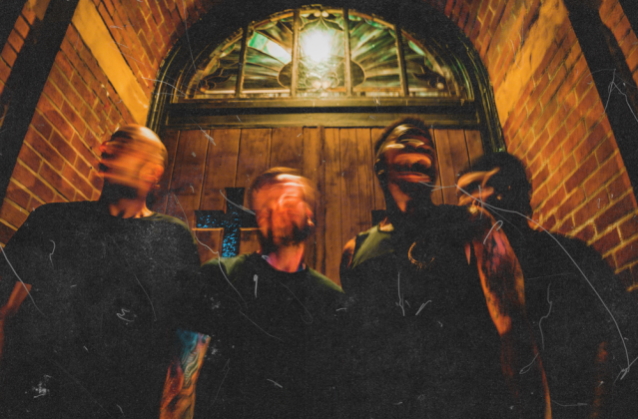 American deathcore mainstays OCEANO have released a new song, "Mass Produced", via Sumerian Records. The official music video for the track, which was directed by Tim Burton (not the famous American filmmaker),can be seen below.

OCEANO vocalist Adam Warren commented: "As we unleash 'Mass Produced', it signifies a new chapter for OCEANO. I'm very excited for OCEANO fans everywhere to enjoy this song and video.

"To all the die-hards who connect with this band, thank you for your excitement. We have so much more to share with you on this journey. I'm fired up! Check our tour dates now! I'd love to see you while we're on tour soon, I hope!"

Fans will have the chance to see OCEANO at Kentucky Irate festival next weekend as well as on the "Dead In My Arms" 15th-anniversary tour with CARNIFEX, SPITE, LEFT TO SUFFER and CROWN MAGNETAR starting in September.

OCEANO's ability to encode such transmission within the framework of tight and technical heavy music remains a key to the band's success since 2006. Over the years, the group has ignited a diehard fan base. Picking up where critically acclaimed 2015's "Ascendants" and 2017's "Revelation" left off, the band expands its patented deathcore punch with brutal heaviness and moments of unrelenting technicality and precision in "Mass Produced".