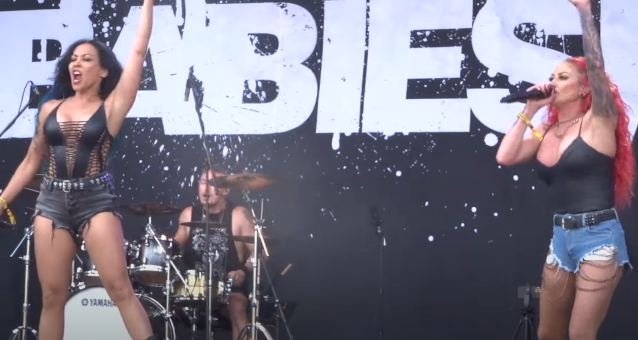 Fan-filmed video of BUTCHER BABIES performing their cover version of rapper Saweetie's chart-topping single "Best Friend" on August 11 at the Brutal Assault festival in Jaromer, Czech Republic can be seen below.

BUTCHER BABIES recently recorded their cover of "Best Friend" for inclusion on their upcoming fourth full-length album, to be released in 2023.

BUTCHER BABIES have been playing their version of "Best Friend" live for the first time on their current European tour.