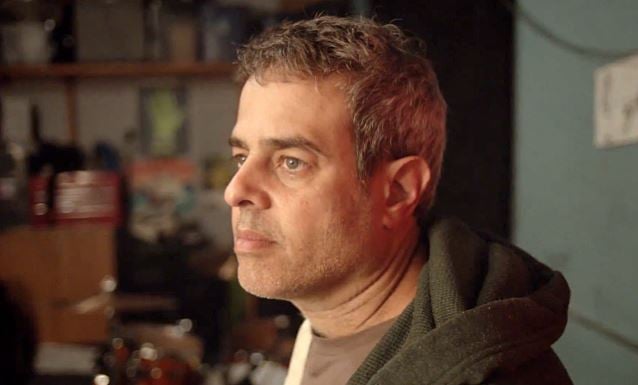 Episode 1 of Uproxx's GUNS N' ROSES documentary series focuses on one man's plan to get the classic lineup of the band back back together.

Growing up best friends with Slash and Axl Rose, Marc Canter had a front-row seat for the rise and fall of one of the greatest rock bands of all time. Nearly thirty years later, if anyone knows what it will take to get them back together, it's him.

"It's just a shame to watch two of my best friends that made beautiful music together not communicate at all for the wrong reasons," Marc said of Slash and Axl.

"I love them both. They're very special people to me. I wish they would love each other again, you know, 'cause we were all one big happy family.

"Slash was my best friend since I'm 11, but when I met Axl, we instantly became very, very close friends.

Slash told the Irish Examiner that he blames the media for causing "unnecessary conflict" between him and the other members of GUNS N' ROSES. Slash explained "I'm not bored with the fascination with [GUNS N' ROSES]. What I'm bored with is all the brouhaha with stuff the media have no idea what they are talking about... the causing of unnecessary conflict between the original members. It's just a lot of drama and sensationalism — everyone is trying to capitalize on that. I'm sick of it."

Ex-GUNS bassist Duff McKagan echoed Slash's words in his own interview with the Irish Examiner a few years back, saying, "The media starts running a little crazy with things. There was a Rolling Stone story about [Axl] a few years ago that painted him as a Howard Hughes sort of figure. And everybody used that as the template to write about Axl. None of it is true."

McKagan buried the hatched with Rose several years ago, and has since performed with the current version of GUNS N' ROSES a number of times.

Slash and Axl, however, have not spoken since Slash left the band 18 years ago. Rose said in a 2009 interview with Billboard, "What's clear is that one of the two of us will die before a reunion and however sad, ugly or unfortunate anyone views it, it is how it is."

GUNS N' ROSES was inducted into the Rock And Roll Hall Of Fame in 2012. Slash, McKagan and original drummer Steven Adler attended the ceremony, while Axl and founding guitarist Izzy Stradlin stayed home.

When teenager and amateur photographer Marc Canter set out to document his best friend Saul Hudson's rise as a rock guitarist in 1982, he never imagined he was documenting the genesis of the next great rock 'n' roll band. His friend became the legendary guitarist Slash, and Canter found himself witnessing the creation of GUNS N' ROSES front and center. The candid shots contained in the GUNS N' ROSES biography "Reckless Road: Guns N' Roses And The Making Of Appetite For Destruction", taken as the band toured in 1985-1987 and made the legendary album "Appetite For Destruction", capture their raw, blood-sweat-and-tears performances as well as their intimate moments. Containing original gig memorabilia including show flyers, ticket stubs, set lists, press clippings, and handwritten lyrics as well as in-depth interviews with band members and the people closest to them, "Reckless Road" offers an explicit, first-person perspective readers won't find anywhere else.

Originally published in America in 2008, "Reckless Road" contains interviews with Slash, Duff McKagan and Steven Adler, as well as groupies, failed producers, and former managers and bandmates. Canter amassed a treasure trove of memorabilia, including:

* Lyrics to "My Michelle", written on the back of a water-stained flier
* A $37,500 advance check from Geffen that has Slash's name misspelled as "Stash"
* 1,000 never-before-seen photos 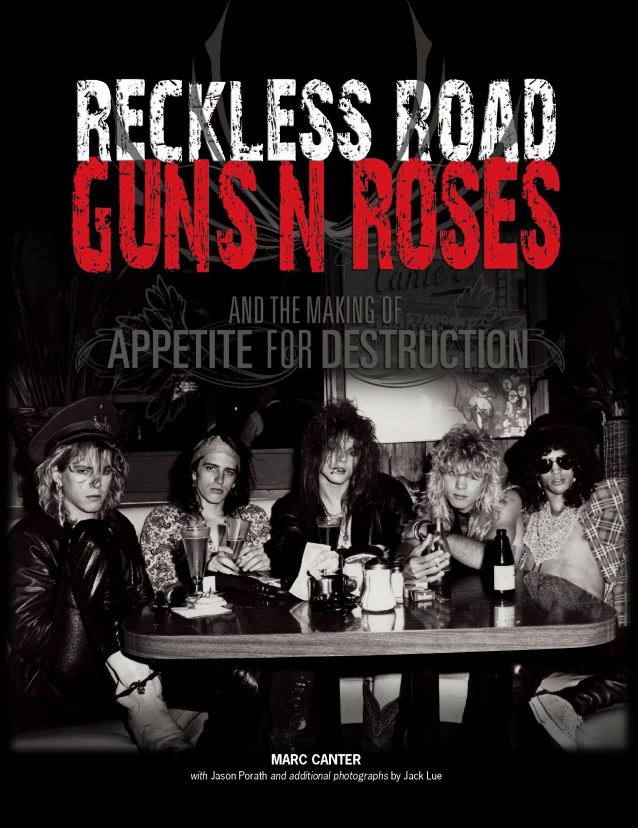