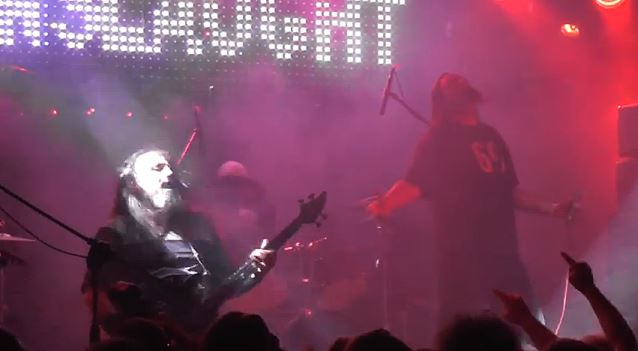 Fan-filmed video footage of ONSLAUGHT's September 4 concert at Plan B in Moscow, Russia can be seen below.

ONSLAUGHT will release its sixth album, "VI", on September 20 via AFM Records. The follow-up to 2011's "Sounds Of Violence" was mixed by Thomas "Plec" Johansson (TIAMAT, SCAR SYMMETRY) at Panic Room studios in Skara, Sweden.

The official lyric video for the song "Chaos Is King" can be seen below. 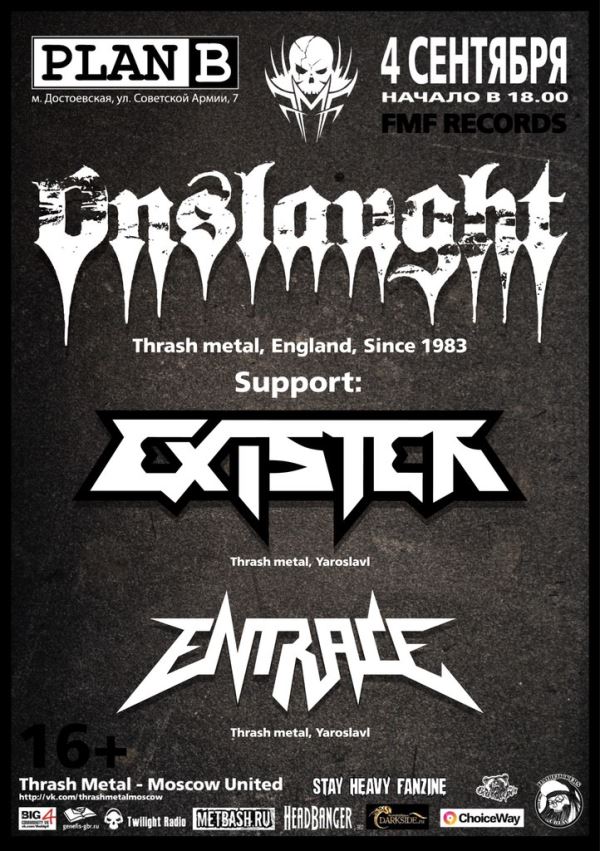