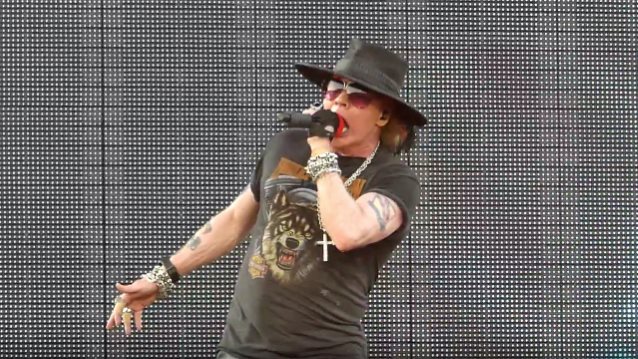 According to The Pulse Of Radio, the three original members currently touring under the GUNS N' ROSES banner made a triumphant return to Montreal on Saturday night (August 19),with singer Axl Rose, guitarist Slash and bassist Duff McKagan sharing the stage for the first time since their last appearance together there ended in a riot twenty-five years ago.

That show, an August 8, 1992 co-headlining gig with METALLICA at Olympic Stadium, started late and was cut short after Axl developed vocal problems and was forced to leave the stage. METALLICA had already played a shortened set after frontman James Hetfield was burned onstage in a pyrotechnic accident. When GUNS called it quits early, some two thousand fans started a riot that trashed the venue and extended to the streets outside until it was quelled by police.

The incident made headlines around the world, especially since a GUNS concert in St. Louis also ended in a riot the year before.

Although Axl has led later editions of the band to Montreal in 2010 and 2013 with no problems, Saturday night was the first time that a lineup featuring at least three original members performed in the Canadian city, this time at Parc Jean-Drapeau.

Axl told the crowd during the three-hour, thirty-song set: "They know it's better not to place you and us in a stadium." The show played out without any issues and ended just before curfew, with local press praising the show. Slash later tweeted: "Montreal! Man, you guys did not disappoint. We had the best time." 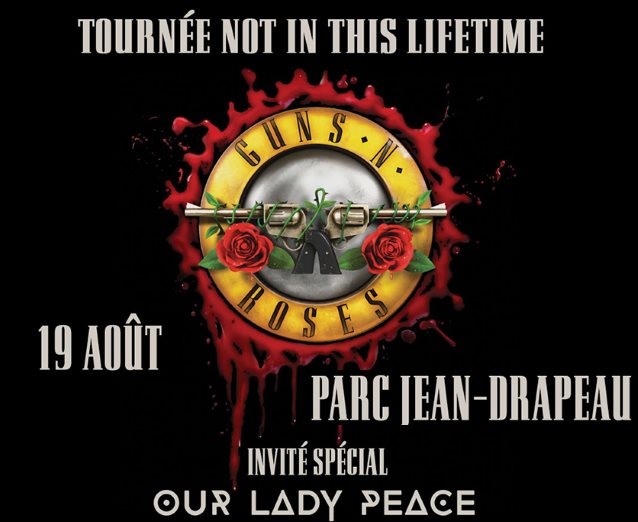