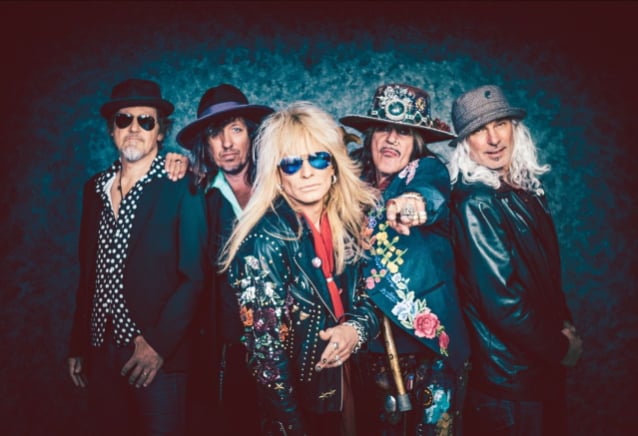 Michael Monroe, who turned 60 in June, will celebrate the milestone with a bang at the Helsinki Ice Hall on September 23. Now Monroe has revealed the big news: as the grand finale of the concert, the original lineup of HANOI ROCKS, one of Finland's most significant rock bands of all time, will take the stage: Monroe, Andy McCoy, Sami Yaffa, Nasty Suicide and Gyp Casino. The quintet, which started a historic chapter in the world's music scene, was seen on stage for the last time at Helsinki's Tavastia on July 27, 1982.

Internationally acclaimed throughout their career, HANOI ROCKS has had a great impact on the history of rock. Several international bands, such as FOO FIGHTERS, GUNS N' ROSES and SKID ROW, acknowledge the influence of HANOI ROCKS and hold the band in very high regard. For decades there has been an endless amount of requests to reform the original lineup and for the legendary band to perform live. An idea that has previously seemed impossible is now becoming a reality at Monroe's 60th-birthday concert.

"This is the only appropriate time and place for all five original members of HANOI ROCKS to get on stage to play together after a break of over forty years," says Michael. "This is not a HANOI ROCKS reunion, but a unique part of the anniversary concert. At first I planned to keep it a surprise but after giving it some more thought, I realized that it wouldn't be fair, especially to the fans, not to make this public in advance and that everybody should have the chance to be there."

Another big surprise for the unique 60th-birthday concert is that the "support band" for the show will be the legendary DEMOLITION 23 reunited. Led by Monroe, the band rose to great cult fame, although they only released one album ("Demolition 23") in 1994 and broke up shortly afterwards. This is the first performance of the band since the band's breakup in 1995.

At the 60th-birthday show, Monroe will mostly be accompanied by his longtime band consisting of Sami Yaffa, Karl Rockfist, Rich Jones and Steve Conte. In addition to the original HANOI ROCKS lineup and DEMOLITION 23, several top musicians and artists who have collaborated with Monroe over the years will take the stage. The almost-three-hour-long concert allows fans to hear many Monroe classics throughout evening. To top the event, the lights and visuals are designed by the internationally acclaimed worldwide phenomenon Mikki Kunttu.

In a 2019 interview with Duke TV, Monroe stated about the band's "rebirth" two decades ago: "It was not planned. It just happened. I would never do a reunion to cash in on the reunion, so to speak, to cash in on the old name. It was interesting for me to see what we could accomplish with Andy because he had learned to respect my songwriting abilities, which he didn't in the past. It was cool to see what we could do. We had some old ideas, like from 1984, that we had left over, that I remembered, that we reworked and made into songs. Then it started slipping into the same old 'you'd be nothing without me' and all that shit. I was, like, 'Are you sure you want to start this? Let's do some farewell tours.' I was ready to commit to that for the rest of my life if it had continued being fun, but it came to a point where it wasn't fun anymore, so I called Andy and said, 'Let's put this thing to bed.'"

Hanoi Rocks announcing a reunion with the original lineup…
#hanoirocks

Posted by Marko Syrjälä's Media and Photography on Wednesday, September 7, 2022

Hanoi Rocks! The original line-up with Gyp Casino, Sami Yaffa, Nasty Suicide, Andy McCoy and Michael Monroe is back for... 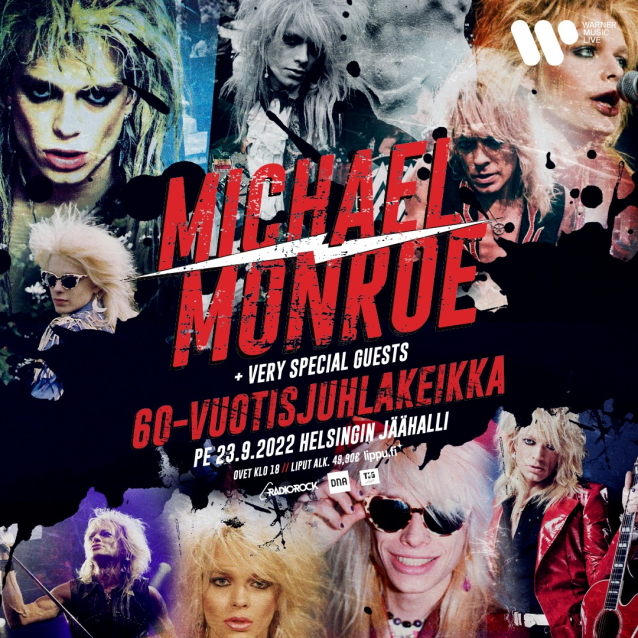