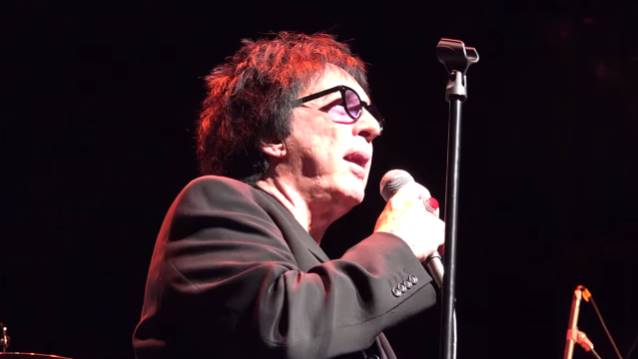 "I try to get the awareness to men that we get it," Criss said. "Men don't know. What annoys me is that it's called breast cancer. Bingo, right off the bat, it's breast cancer. Why isn't it called pec cancer?"

He continued: "Every year I meet 20 18-year-old boys (who have breast cancer) and they don't know what to do. They're embarrassed. It's a chick's disease. Only girls get it.

"My battle is I just want guys to know they can get it, and if they can detect it immediately [they can be cured]. [Early detection] saved my life and I've now become very involved. These lovely girls [of the Beauty Foundation] invite me every year to give out the Peter Criss Man Of Courage Award and it's a legacy. I started KISS, but this is really cool; this is important."

While some men feel embarrassed because of "this macho crap," Criss told CNN surviving breast cancer was actually a blessing. He was treated before the tumor could spread and said he was speaking about male breast cancer to raise the profile of this rare disease.

Criss, who played drums for KISS and was known as "Catman," offered this advice to men who spot lumps in their breast: "Don't sit around playing Mr. Tough Guy. Don't say 'It's going to go away.' It might not and you might not see life anymore and how beautiful that is."

Criss, who has been working on a new rock album for the last few years, told Reuters his bout with cancer had affected his songwriting.

"My lyrics are not so deep and dismal," he said.