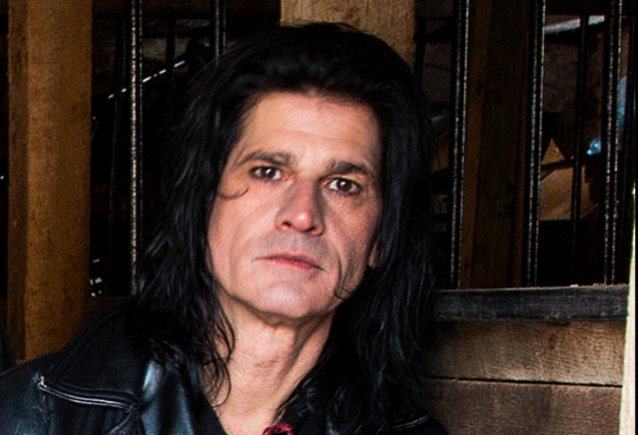 Esposito, who played on "Wicked Sensation" and is credited as a writer on five of the album's tracks, was asked in a new interview with the "Focus On Metal" podcast if he was approached by LYNCH MOB leader George Lynch about taking part in the "reimagined" version of the effort.

"As far as the reimagined record goes, first of all, those songs have nothing to do with the [original] 'Wicked' songs except for the lyrics, and they may have changed some of them too," Anthony continued. "But I think if you judge it as a record — not as a reimagined version of a great record; just judge it as a record — forget the words and just listen to the music and the melody, I think it's a mediocre record. As it stands on its own, I think it's a mediocre record. And then, if you try to compare it to [the original] 'Wicked', I think that's kind of a joke."

Esposito also commented on George's recent announcement that he was retiring the LYNCH MOB band name. In August, Lynch said that he was ending LYNCH MOB, apparently due to the racial insensitivity of the moniker.

Asked if he recalled George ever saying he was uncomfortable with the LYNCH MOB name in all the time they played together, Anthony said: "The first two gigs we ever did as LYNCH MOB, we were called GAY BLACK NAZI BIKERS FOR CHRIST. If that wasn't an issue, why would LYNCH MOB be? And then, secondly, I remember he was, like, 'Oh, [LIVING COLOUR's] Vernon Reid is [playing] ESP Guitars' — and this was when [the original] 'Wicked' was coming out — '[he's] making this big stink; he doesn't wanna play ESPs if I call the band LYNCH MOB.' And then we ended up using the name LYNCH MOB anyway, and Vernon Reid left ESP Guitars.

"You've gotta realize — here's the deal. There's money in the name, okay?' Anthony continued. "Like if Jake [E. Lee] went out and called RED DRAGON CARTEL, BADLANDS, even though he's the only guy in the band from BADLANDS, the guarantees per show would probably be three or four times higher. So the name on the marquee, the marquee value of the name of a band is worth money. Even though [there is] only one original member or two, it's still worth money. Like, you put FOREIGNER on the marquee — none of the [original] FOREIGNER guys are in it anymore, and they still get paid a lot of money, because FOREIGNER is up on the marquee. So for him to change the name of the band — and George is money driven — it's gotta be something else, because he's gonna lose money not being able to throw LYNCH MOB up on the marquee.

"He did an interview a year ago — [LYNCH MOB played at the] Sturgis [motorcycle rally] for six days [in 2019] or whatever, and he really bagged on the crowd as Trumpers. I read it on Blabbermouth, and it was like he really degraded his fan base, basically. And I think he changed the name more for fear of being considered a hypocrite for saying what he said in that interview about the Sturgis crowd and the Trumpers, and if he didn't change the name, he would look like a hypocrite, so he sort of painted himself into a corner."

Last month, Lynch told "BODS Mayhem Hour" that there has "always been a problem" with the LYNCH MOB name "from day one." He explained: "I remember doing an interview with The Village Voice the first year LYNCH MOB were formed and we decided to use that [band] name. And the interviewer was a young black woman who was very bothered by the fact that I used that name and I had to try to explain it. And I found myself not really being able to explain myself very well — I knew my argument was disingenuous.

"I can make the argument that, yeah, it's my last name," he continued. "I know that that's not what most people think about, 'cause I know what the word represents. So, in the younger, younger days, I was able to just sort of rationalize it. It seemed to be less of a topical hot-potato issue. And I thought, 'Well, I'm gonna be okay. Most people understand that it has nothing to do with what it's normally known as. It's my name, and we've got this kind of desert, Western vibe. They strung up cattle rustlers too.' There's that argument. It's all silly argument — I don't buy it myself. I wouldn't use it these days. I found myself really scrambling for a logical way out of that interview, and she really had me pinned down. And I felt bad — not bad enough to get rid of the name. So I held on to it, obviously, for 30 years.

"I've gotta say, in all the years that I've had that name, it's gotten more and more uncomfortable, and, of course, now, recently to the point of not being able to rationalize it any longer," George added. "In addition to that, though, there's some other things at play here. We finished this record right under the wire before the pandemic hit, and once the pandemic shut down touring for at least a whole year or more — who knows if we'll ever tour again — LYNCH MOB being, basically, my only touring act, the band scattered to the four winds, so I really didn't, in essence, have a band any longer. And then I finished this 30th-anniversary record and really loved the way it came out and thought, 'You know, actually, this makes a lot of sense. I should end this chapter of my musical career now.' This should be the last LYNCH MOB record, because it mirrors the first one — it's a nice bookend. I can retire the name on a high note, going out with what I think is a good record. Kind of wrap it all in a nice, neat package and put the bow on it. And I felt like the time was right to do that. Everything sort of triangulated and events all just coordinated to come together at this point to make it pretty obvious it would probably be a good time to go ahead and move on." 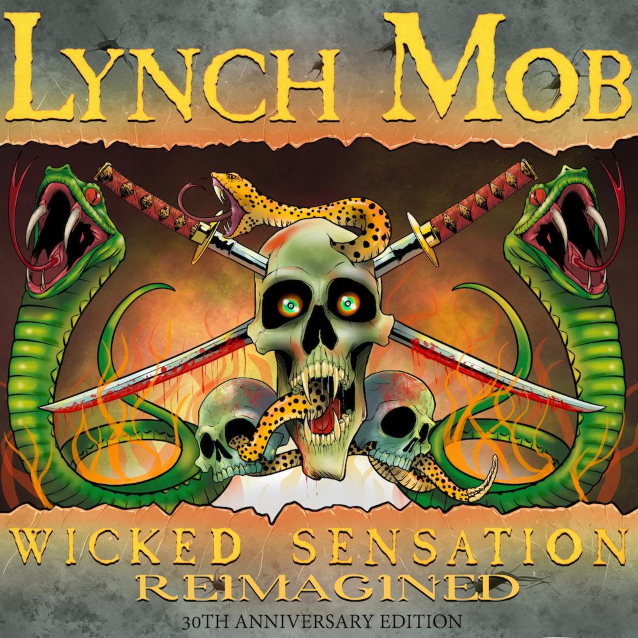