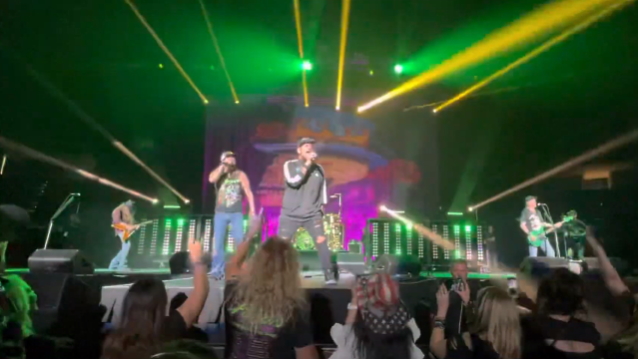 Original SALIVA singer Josey Scott joined POISON on stage last night (Saturday, August 20) at BOK Center in Tulsa, Oklahoma to perform the classic POISON song "Nothin' But A Good Time". Fan-filmed video of his appearance can be seen below.

After the concert, Josey took to his Instagram to share a couple of photos taken at the gig, and he included the following message: "What an amazing date night with my beautiful wife Kendra, watching Bret Michaels and POISON rock out in front of a sold out BOK Center in Tulsa, Oklahoma, and he even brought me out on stage to do 'Nothin But A Good Time' in front of 18,000 screaming rock n' roll fans! What class act Bret is! Also, thank you to Tom Keifer from CINDERELLA as well, for letting me meet him! What a dream come true night! Wow! This is one for the books! #epic #bretmichaels #tomkeifer #bokcenter #rocknroll".

He added: "Thank you Bret Michaels for always supporting me and my family and my musical career, you are not only an idol of mine, and a mentor, but I'm so very thankful, and grateful, to call you friend! You have always had my back, and I promise you, I will always have yours! Thank you my friend! Singing with you and POISON tonight was a absolute rock n' roll dream come true!"

Scott recently returned to the studio to record some new solo music as well as reworked versions of several of the band's classic songs.

This past March, it was announced that SALIVA will reunite with Scott for a one-off appearance at this year's Blue Ridge Rock Festival, set to take place September 8-11 at the Virginia International Raceway in Alton, Virginia. The set is expected to feature both Josey and Bobby performing tracks from their respective eras of the band. 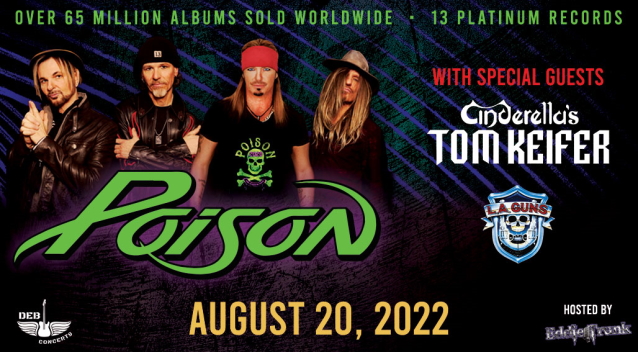