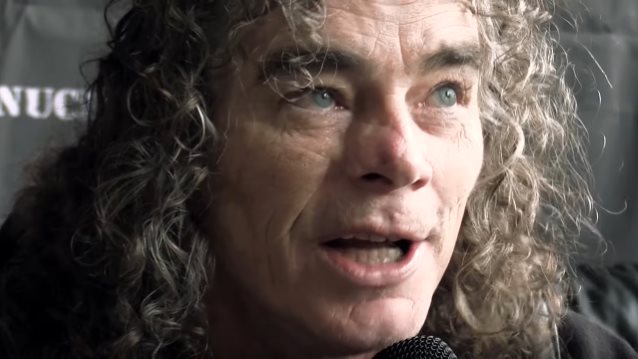 The first trailer for "The Grinding Wheel", in which the members of OVERKILL talk about the album's title and artwork, is available below.