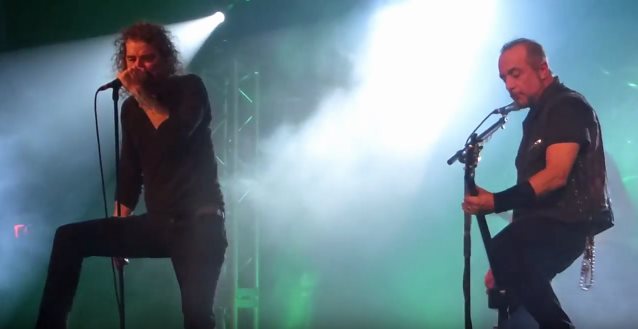 New Jersey thrash metal veterans OVERKILL kicked off their North American tour on Tuesday, February 14 at the Trocadero in Philadelphia, Pennsylvania. Fan-filmed video footage of the concert can be seen below.

OVERKILL is touring in support of its latest album, "The Grinding Wheel", which was released on February 10 via Nuclear Blast. The disc was produced by OVERKILL and mixed by Andy Sneap (MEGADETH, EXODUS, ACCEPT). The artwork was created again by Travis Smith (NEVERMORE, OPETH, SOILWORK, DEATH).

OVERKILL frontman Bobby "Blitz" Ellsworth recently told the Croatian metal portal NoiseEyes.com about the musical direction of "The Grinding Wheel": "First and foremost, production. Andy has done some great work with different bands in the genre from ACCEPT to ARCH ENEMY. He's really the metal go-to guy. But we wanted to use his abilities, but we wanted to use them with regard to how we saw the record being. One of the things we saw in modern metal is a guitar tone that doesn't have a cohesive relationship with the drums. We wanted more organic drums to start with, and we wanted a guitar tone that came somewhere out of the high technology of the '90s. So it's really kind of a throwback with regard to our thinking, so if you're thinking a drum sounding like a drum and the guitars sounding more in the vein of 'Horrorscope' for us, where it wasn't just top end, but top end and low end with a little bit of mids carved out of them. I think that's the thing I noticed the most about it." 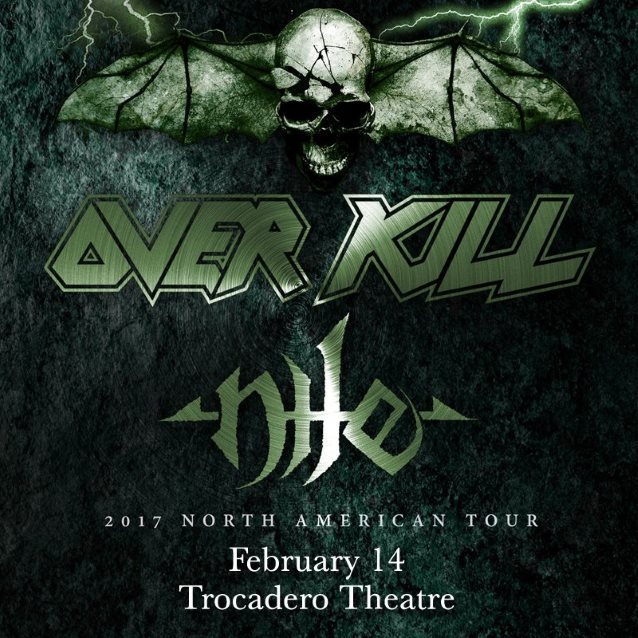