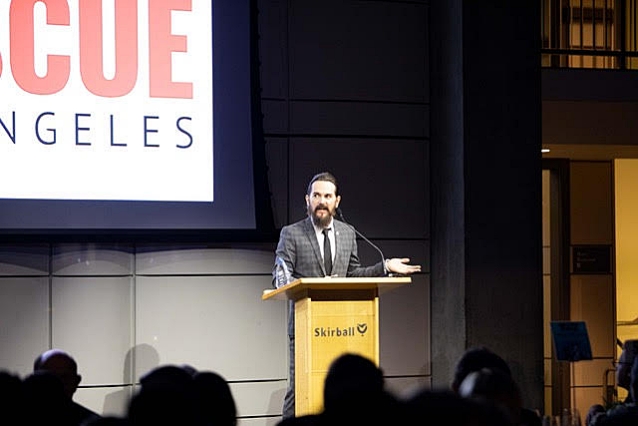 Robert "Blasko" Nicholson, bassist for OZZY OSBOURNE, was honored on September 28 by Kitten Rescue, one of Southern California's largest non-profit animal rescue organizations, at the group's annual Fur Ball with its 2019 Advocacy Award for his work homing adoptable cats and kittens.

In the video Blasko discussed his work advocating for cats, and when asked if cats or dogs are more metal, he said, "Cats are way more metal than dogs."

Kitten Rescue's annual "Fur Ball At The Skirball" gala is one of the organization's biggest yearly fundraisers. This year's nearly sold-out event raised over $180,000.00, which was the group's most successful Fur Ball to date. The funds raised enable the group to continue its never-ending mission of rescuing and rehabilitating homeless cats and kittens from Los Angeles's streets and city shelters. Kitten Rescue's volunteers adopt out over 1,000 cats and kittens into loving homes every year. Since it began, the group has rescued and placed over 21,000 cats. Thousands more have been helped through Kitten Rescue's volunteer-fueled education and outreach programs.