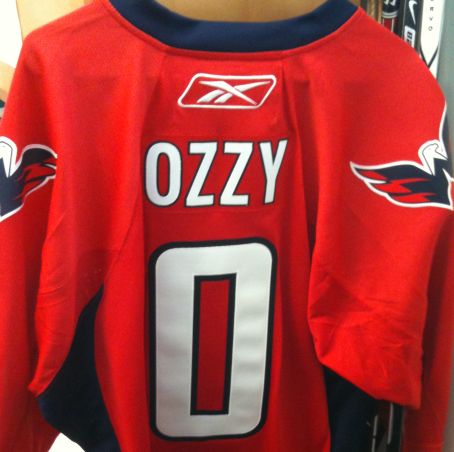 Legendary heavy metal singer Ozzy Osbourne is featured in a promotional clip for the Washington Capitals hockey team, which just clinched its fourth consecutive trip to the Stanley Cup Playoffs.

According to The Washington Post, Osbourne's single "Let Me Hear You Scream" has been used as one of the team's re-entry videos when the players come back on the ice after intermissions this season, which made the connection. This led to Ozzy agreeing to help cheer on the team with its "Unleash the Fury!" in-game presentation centered around actor Tom Green reprising the line from the same scene he played in the movie "Road Trip". Ozzy donned a Caps jersey for his portion, which was added to a montage featuring Green, Pat Sajak and David Gregory.

You can watch the clip below.