OZZY OSBOURNE's Daughter Denies He Is On His 'Deathbed,' Calls Report 'Utter Bulls**t'

Kelly Osbourne has dismissed reports that her father Ozzy Osbourne is on his "deathbed" as "utter bullshit."

The 35-year-old daughter of the BLACK SABBATH singer took to Instagram to deny the rumors that he was dying and slammed the media for publishing "sickening articles" about his supposedly worsening health.

Kelly was responding to a Radar Online story that claimed the Prince Of Darkness was "in such dire straits" that he "didn't even realize his wife, Sharon, missed the holidays with him for the first time in 40 years."

Kelly wrote: "Today I had a wonderful start to 2020. I went out to launch with my family. Then I spent the rest of the day launching and hanging out with my dad. I come home to read sickening articles about my dad supposedly being on his 'death bed' sometimes the media makes me sick!!"

She added: "It's no secret that my dad has had a rough year when it comes to his health but come the F*CK on this is utter bullshit." 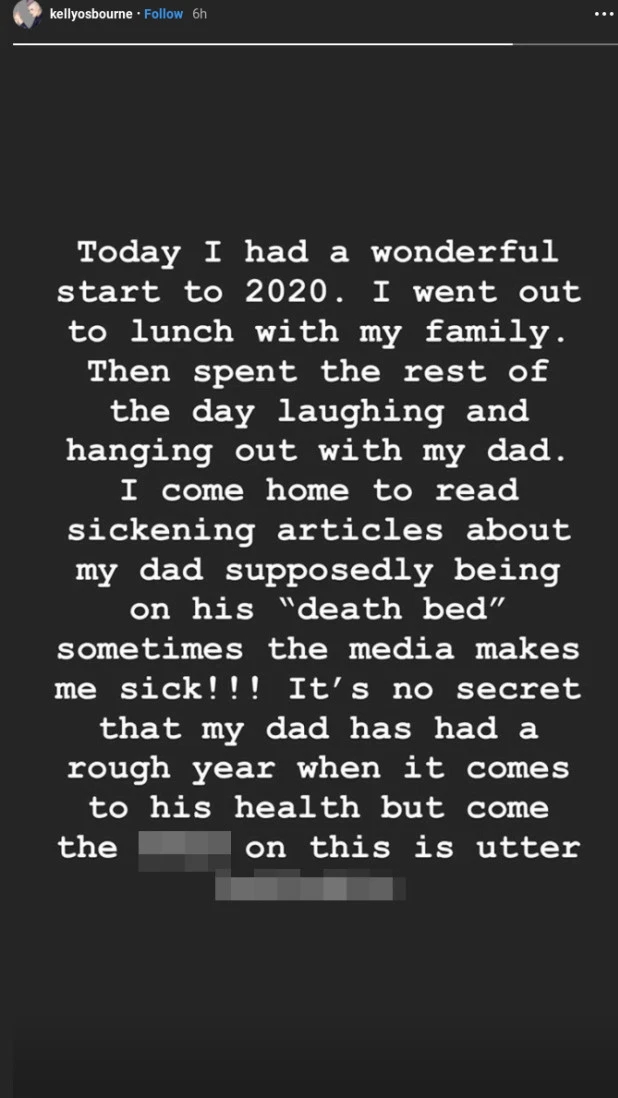