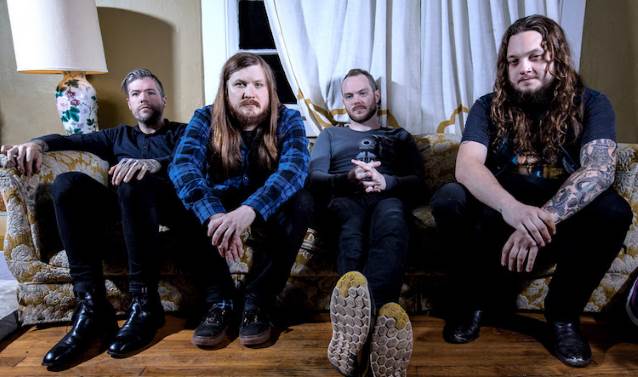 Ascending Arkansas progressive doom quartet PALLBEARER will head to European shores next week for a run of shows and festival appearances and has announced a fall 2018 North American tour with Sweden's TRIBULATION. In anticipation of the forthcoming tour dates, PALLBEARER has unleashed a live music video for the track "Thorns", taken from the band's recent release, "Heartless". The video was shot during the band's U.S. tour back in February.

In regard to the upcoming tours, PALLBEARER commented: "After a long period of constant touring behind 'Heartless', it's almost time for us to settle in to the cold season and begin crafting our next musical endeavor. But before that, we are heading out once more across North America to bring this chapter to its conclusion. We look forward to stretching out our sets each night on this double bill with TRIBULATION, revisiting and adding new dimension to material across our entire catalogue."