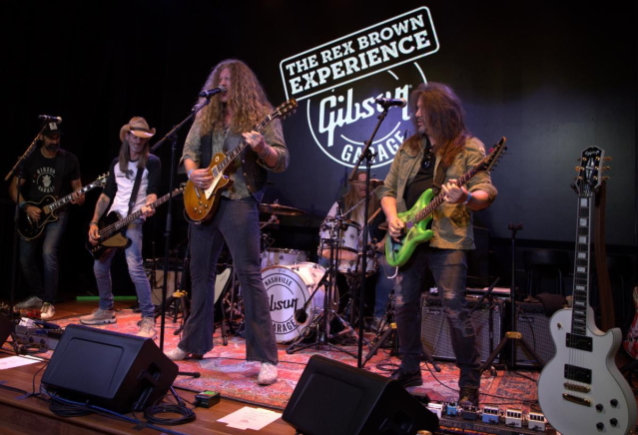 Video of THE REX BROWN EXPERIENCE's performance can be seen below.

Said Brown: "The Gibson Garage embodies everything a player including beginners, would ever want. It's the Holy Grail of guitars. Every model is on display and available to be played — the ultimate collection of killers! And in the event that your favorite model isn't on their vulgar display trusses, you can pick out the woods of your very own custom model! There's simply not a cooler experience than the Gibson Garage!"

Nearly two weeks ago, it was announced that PANTERA's surviving members Brown and Philip Anselmo (vocals) will unite with guitarist Zakk Wylde (OZZY OSBOURNE, BLACK LABEL SOCIETY) and drummer Charlie Benante (ANTHRAX) for a world tour under the PANTERA banner.