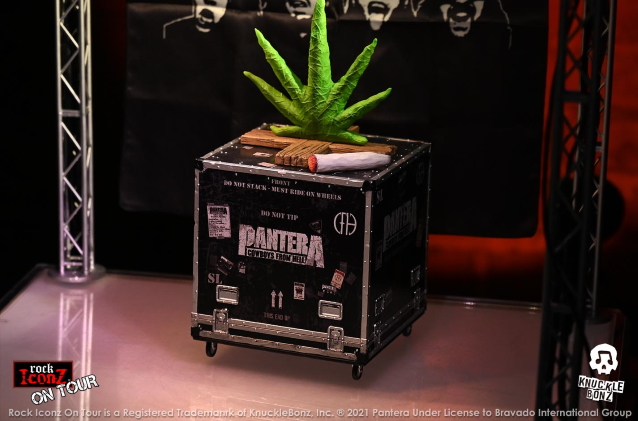 KnuckleBonz is currently in production creating the PANTERA "Cowboys From Hell" road case collectible as part of its "On Tour" series. Only 500 in this extremely limited edition will be produced. Shipping date is estimated to be late 2021 or early 2022.

This "On Tour" series collectible is a officially licensed, limited-edition collectible; only 500 are cast. Each is hand-detailed and comes with a certificate of authenticity on the base.

The Rock Iconz "On Tour" series brings music fans and collectors moments in and around the world's great live performances and world tours. 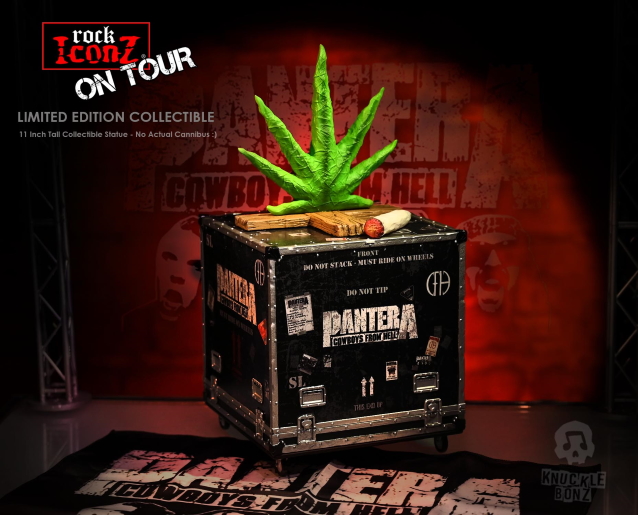