You can now stream all five songs below.

As previously reported, PAPA ROACH will release its second collection of hit singles, titled "Greatest Hits Vol. 2 - The Better Noise Years", on March 19, 2021. The effort includes 12 of the band's top 10 hits released between 2010 to 2019 as well as three previoulsy unreleased remixes and two unreleased acoustic recordings recorded live at the YouTube Studios in New York City. "Greatest Hits Vol. 2 - The Better Noise Years" also features a guest appearance by Danny Warsnop (vocalist of ASKING ALEXANDRIA) on the track "Broken As Me". The original version of the song was recorded for PAPA ROACH's 2015 album "F.E.A.R."

PAPA ROACH has remained relevant since its debut in 2000. Now 20 years in, the band currently has over eight million monthly listeners on Spotify with total streaming numbers into the billions.

PAPA ROACH has released 21 Top 5 singles over the course of its distinguished career — 12 of which are included in the new greatest-hits collection from the past 10 years. "Help", the band's 2017 release, has just been certified gold by the RIAA, selling over 500,000 copies in the United States alone.

PAPA ROACH recently entered a studio in Southern California to begin recording the follow-up to last year's "Who Do You Trust?" album for a tentative mid-2021 release.

This past July, singer Jacoby Shaddix told Rock Sound TV that PAPA ROACH's next album will be released through band's own record company. "We are in partnership with Warner/ADA, and so it's like an artist services group," he explained. "And we're gonna do that for an album and see how it works out. We've been super focused in the creative marketing behind what we do and the imaging and the videos and the messaging and everything, we were, like, let's take it in our hands and see where we can go with it and try it for an album."

"Who Do You Trust?" was released in January 2019. The disc was produced by Nick "RAS" Furlong and Colin Cunningham except for the song "Top Of The World", which is helmed by Jason Evigan. 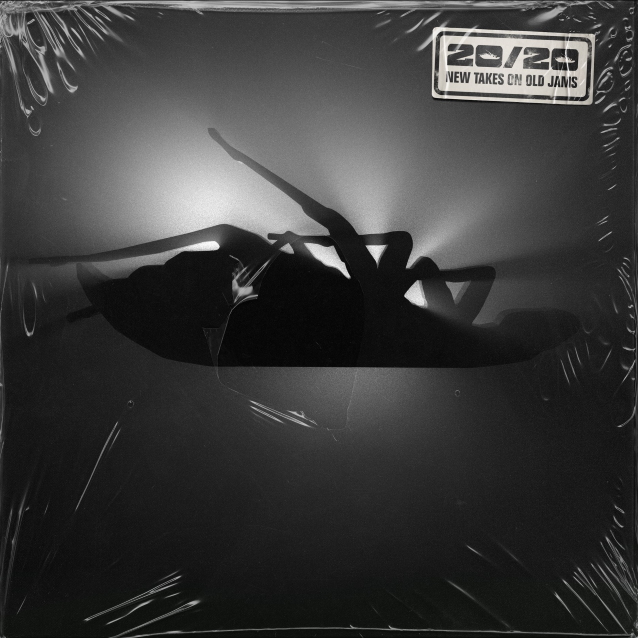