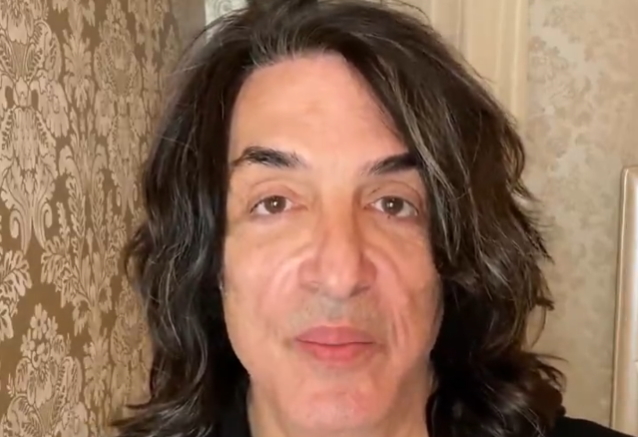 One week after hosting a Christmas caroling event in Thousand Oaks, California largely attended by unmasked, non-socially-distanced singers, the "Growing Pains" star held a second singalong protest outside The Oaks mall next door to a COVID-19 testing center. Cameron billed the event as a protest against COVID-19 restrictions in California.

On Friday (January 1),Stanley took to his Twitter to criticize Cameron, who is best known for his portrayal of Mike Seaver on the ABC sitcom "Growing Pains" from 1985 to 1992, for his caroling protests. He wrote: "If his BS wasn't putting uninformed and easily impressionable people's lives at risk along with the rest of us who already know better, he'd just be a schmuck. Instead he's a menace. What a jerk. Go back to obscurity."

At the latest event, Cameron was reportedly joined by a crowd of about 75 to 100 people of all ages, most of whom did not wear masks or give each other the minimum six feet of personal space. Representatives for The Oaks mall called the event "irresponsible," noting that it was unauthorized and that they have asked Cameron to hold all future events at a different venue. "We continue to share our community's concerns over these irresponsible — yet constitutionally protected — events and have law enforcement on property. We reached out to the organizer to ask that the event be moved," they wrote in a statement.

Asked by Newsmax how he responds to people saying that he's "helping to spread the disease around," Cameron said: "I'm not the mask police. This is America. We shouldn't be having a mask gestapo and a distance monitoring going on."

Late Friday night, Stanley also posted a one-minute video message in which he urged people to wear masks and social distance. "It's important," he said. "If you don't wanna do it for you, do it for the people around you. It's a small concession, and it can do so much good."

This is not the first time Stanley has slammed people who refuse to wear a mask in public spaces to protect others from possible infection. Back in September, he took to his Twitter to share a CNN article about an Idaho pastor who was hospitalized with COVID-19 after calling himself a "no-masker" during a service and repeatedly questioning the veracity of coronavirus case reporting. Stanley added in a message: "YOU figure this one out. I can't. A hoax and non-existent virus has put this guy in the ICU. If you're so concerned with a loss of your freedom , Why do you stop at red lights? Don't let the government control you!! Drive right through!!! PUT YOUR MASK ON."

In early July, Stanley shared a photo of him and his eight-year-old daughter Emily wearing masks, and he included the following message: "Sunset at the beach with Emily. WEAR YOUR MASK! Don't listen to conspiracy theorists or graduates of The Internet University Of Medicine. While the credible authorities and experts continue to learn more about Covid 19 they remain in agreement about safety protocols. End of story".

While 346,000 Americans have died so far as a result of COVID-19, a number of people have come out against COVID-19 response measures, including lockdowns, physical distancing and mandatory mask policies, saying that they violate constitutional rights.

More than 77,000 people in the U.S. lost their lives in December to COVID-19, while 6.4 million contracted the virus. There are now more than 20 million confirmed COVID-19 cases in the U.S.

If his BS wasn’t putting uninformed and easily impressionable people’s lives at risk along with the rest of us who already know better, he’d just be a schmuck. Instead he’s a menace. What a jerk. Go back to obscurity. https://t.co/55Ynkof5DE