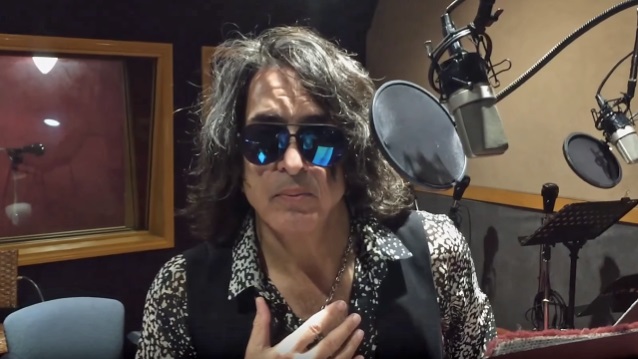 In a brand new interview with PureGrainAudio, Paul Stanley was asked if there is anything he is still hoping will happen within the KISS legacy. He responded: "No, because it's all happening and it all has happened. I see the indelible bootprint that we've made and KISS DNA is in every live band's show out there. We've also raised the standard of what audiences expect and will tolerate from performers. That's incredibly rewarding. And to have other bands and musicians say, 'Gee, without you, there'd be no me' is great. I think that that's validation to a point that says that this band should continue with or without me.

"When a band or anything, a team, lasts 40 years, 50 years, the only way for it to continue is to evolve," he said. "That means in terms of personnel — otherwise, it's impossible. There are bands touring at this point with one or no original members and I have no problem with that, because it didn't happen overnight. It was a series of changes over years or decades. If someone were to say, 'Well, there's no original members in one of the versions of YES,' I’d say, 'Who cares?' It sounds like YES and the pedigree is YES, so is it YES? Yes! [Laughs]"

Stanley recently reiterated his belief that KISS can one day carry on without any original members, including him and fellow KISS co-founder Gene Simmons. "I think that KISS is a concept, it's an ideal, it's a way of performing and giving to an audience, and that goes far beyond me," he explained. "I'm a big fan of mine — I think I'm really good at what I do — but it doesn't mean there's not somebody else out there who can bring something to the band. Not a clone, not somebody copying me, but I was influenced by a lot of people, so there's people out there who are influenced by me."