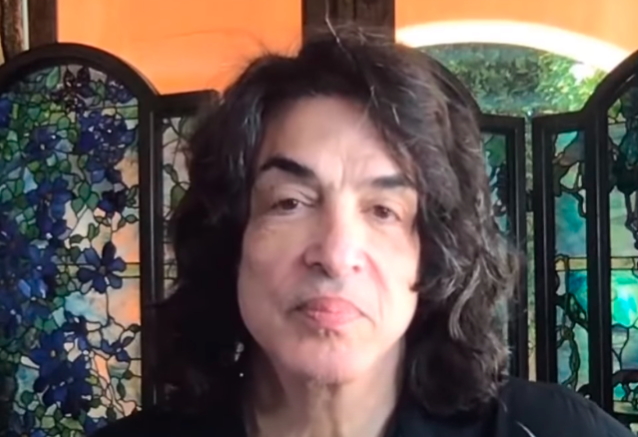 PAUL STANLEY On His Working Relationship With GENE SIMMONS: I Knew We Were Much Stronger Together Than Me Alone

During an appearance on the latest episode of "Live From Nerdville With Joe Bonamassa", Paul Stanley spoke about his continued partnership with fellow KISS co-founder Gene Simmons — this despite their seeming like extremely different types of people. He said (see video below): "When I met Gene, I didn't particularly like him. But there was pragmatism involved. You have to prioritize and figure what's most important to you to reach your goal. And I knew that Gene and I were much stronger together than me alone. I'm not really sure that he knew that, but that became irrelevant. It was, 'How do I get where I wanna go? How do I achieve what I want?' And Gene was essential to it. And here we are 50-plus years later. It's astounding. We've created something that seems like it will outlast us."

Last year, Stanley told Dean Delray's "Let There Be Talk" podcast his relationship with Gene wasn't affected by the release of Stanley's 2014 memoir, "Face The Music: A Life Exposed".

"It would be crazy and sad to go through what we've done together and what we've accomplished and have ill will or animosity," he continued. "If anything, the two of us look at each other and go, 'Wow!' In those moments of candor, or when we're just talking to each other, or texting each other, there are those texts where it's, like, 'Wow! Look what we've done.' So, yeah, anybody who thinks otherwise is sadly mistaken. His family is my family. Shannon [Gene's wife], I've known Shannon probably 35-plus years. [Gene's kids] Nick and Sophie, I feel like their uncle.

In January 2019, KISS kicked off its second farewell tour, dubbed "End Of The Road".