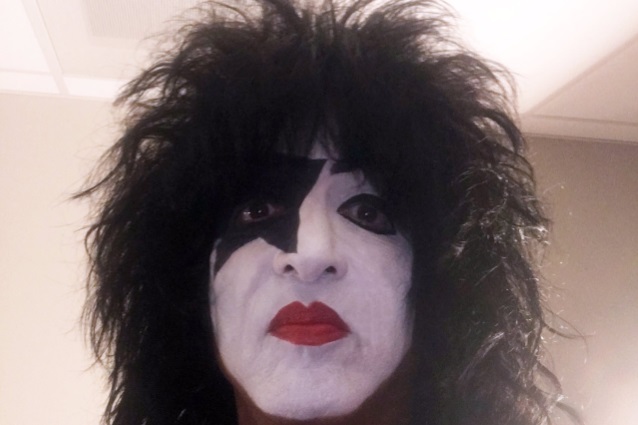 Paul Stanley says that he is unsure about making a new KISS studio album, explaining that the band's next record "would have to be something different."

KISS hasn't released a full-length disc of new music since 2012's "Monster", which sold 56,000 copies in the United States in its first week of release to land at position No. 3 on The Billboard 200 chart.

During a question-and-answer session on this month's "The Kiss Kruise VII", Stanley was asked for his thoughts on the prospect of recording a new KISS CD. He said (see video below): "I don't know. If we did another album, it woudn't be like… It would have to be something different. The idea of doing the same thing again, I think we've done it enough times."

Stanley had expressed uncertainty about the idea of making another KISS album in a number of other interviews, telling the "Loudwire Podcast": "If we're going to do an album, it would be because we want to do an album, not because of sales. I think we're living in a time, obviously, now where albums don't sell what they once did, so you either do it because it's a creative outlet and because it satisfies something in you, or not. If you're doing it purely for sales, then you're probably doing it for the wrong reason. So if we do an album, it's only gonna be because it feels right to do it. And as time has passed, I find it becoming more and more enticing, the idea of doing another album. For me, the only thing we have to make sure is that we don't do 'Son Of Monster' or 'Son Of Sonic Boom'. Unless we are in a different direction — not to go to the route of 'The Elder' [KISS's much-maligned 1981 concept album] — but, again, if we're doing it for ourselves, then if people like it, that's great. But the only way to do an album, for me at this point, is to do something that I find intriguing. So I'm kind of more into it than I was before, only because once you set the parameters and your expectations… So, for me, it really just comes down to: is it gonna be exciting creatively?"

Paul's bandmate Gene Simmons recently confirmed that "some writing" has been going on for a possible new KISS studio album but once again said that he was "not incentivized" to release another KISS disc unless there are some major changes in the way music is consumed. He said: "Not too long ago I wrote a song called 'Your Wish Is My Command'. It sounds anthemic, like something that might have come off 'Love Gun', maybe. But I'm not incentivized. The idea that you work your ass off and then someone with freckles on their face decides they want to download your music and file share — that's not what I work for. How'd you like to be a plumber, come over somebody's house and work all day to fix their plumbing and then when it's time to get paid, they say, 'No, I just wanted to say thank you.' No."