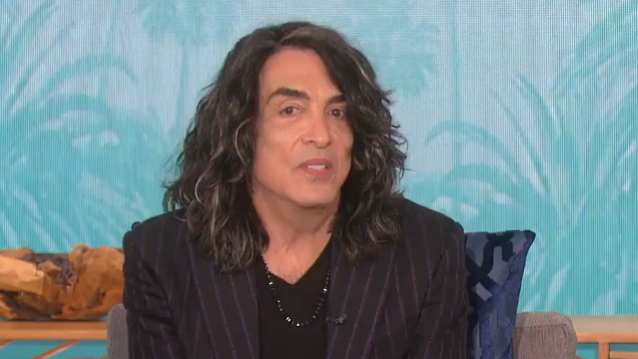 PAUL STANLEY: 'The Story Of KISS Really Is A Story Of A Friendship Between Two People'

During an appearance on the CBS talk show "The Talk", Paul Stanley discussed KISS's new A&E documentary "Biography: KISStory", which is set to premiere with a two-night event on June 27 and June 28 from 9 p.m. ET to 11 p.m. ET.

"I think that this documentary really humanizes us, particularly Gene [Simmons, KISS bassist/vocalist] and I, because the story of KISS really is a story of a friendship between two people," Paul said (as transcribed by BLABBERMOUTH.NET). "We met when we were living at home. We were young teenagers with this great ambition. And this is really our story. We were there in the beginning, and we're there to wrap it up. So we'll go out on the farewell tour that we've been on prior to the pandemic, and we're doing it bigger than ever. So, it's terrific. It's a great bookend."

Asked how KISS managed to come back from almost hitting rock bottom, Stanley said: "Look, I'm a big believer that when somebody is drowning, you try to save them. But when they start pulling you down with them is when you cut them loose. You're always gonna find out how much something means to you by how hard you're willing to fight to bring it back or to retain it. So it was sheer determination. And did we make some wrong turns in our journey? Yeah, but we always wound up getting back on the right path. And I just have to say kudos to all our fans who stood by us. And likely some of them left discouraged at some point, and over time we won them back."