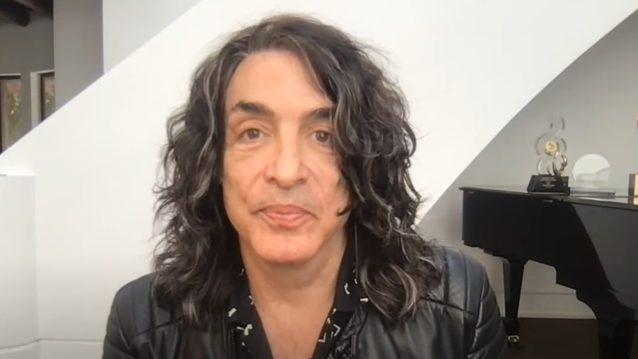 PAUL STANLEY: 'With Age, You Start To Realize That Life Is Finite And It Does Come To An End'

KISS frontman Paul Stanley discussed the band's farewell tour during a new appearance on the CBS syndicated talk show "The Talk". Asked why "End Of The Road" is KISS's final tour, Paul said: "With age, you start to realize that life is finite and it does come to an end. And you don't realize that when you first start out on your journeys. For me, I just realized that physically I can't do this forever. If we were wearing t-shirts and jeans, sure, I could play it into my 90s, but we're running around on stage with 40 or 50 pounds of gear and smiling. So, I don't know how long I can smile. So I wanna do this and get a chance to see people around the world and thank them and have one more evening where we justify the devotion that we've had from them and the love we have back and forth — that reciprocity that's made us what we are."

For or more of Stanley's interview with "The Talk", watch the show on Monday, May 31 on CBS.

Last December, bassist/vocalist Gene Simmons told the 95.5 KLOS radio station that KISS has "a hundred and fifty" shows left in its "End Of The Road" tour, including a stop at "the coldest place on earth."