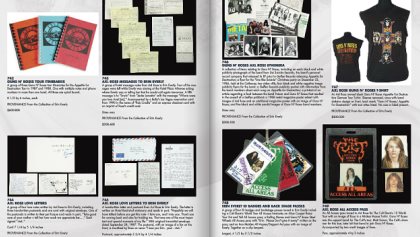 Personal items belonging to former model and actress Erin Everly, the ex-wife of reclusive GUNS N' ROSES frontman Axl Rose, are being auctioned off through Julien's Auctions. According to The Pulse Of Radio, aAmong the items up for bidding are the couple's marriage certificate, the actual wedding video, a domestic abuse report and break-up letters penned by Rose after the marriage didn't work out — along with handwritten love letter and poems composed by the singer during happier times.

All the items are said to be from "the collection of Erin Everly," with the list also including Axl Rose's leather pants, the shirt he wore in the "Welcome To The Jungle" video and old backstage passes.
The wedding video and marriage certificate are reported to be going for anywhere between $2,000 and $3,000.

Rose and Everly began dating in 1986. The couple married in April 1990 but separated seven months later.

Erin Everly is the daughter of singer Don Everly of the EVERLY BROTHERS.

Axl Rose wrote the song "Sweet Child O' Mine" for Erin, who also appeared in the accompanying music video.

Axl and Erin were married on April 28, 1990 in Las Vegas. Erin later claimed that Rose showed up at her house the previous day with a gun in his car and told her that he would kill himself if she did not marry him.

Axl filed for divorce less than a month later, but they later reconciled. Erin became pregnant but suffered a miscarriage in October 1990.

She left Axl a month later and their marriage was annulled in January 1991.

After their break-up, Rose allegedly tried to contact Everly for more than a year, sending her flowers, letters, and even caged birds.

Erin sued Axl in March 1994, accusing him of physical and emotional assault and sexual battery. Axl instructed his lawyers to settle the case out of court, reportedly agreeing to a settlement of more than $1,000,000. 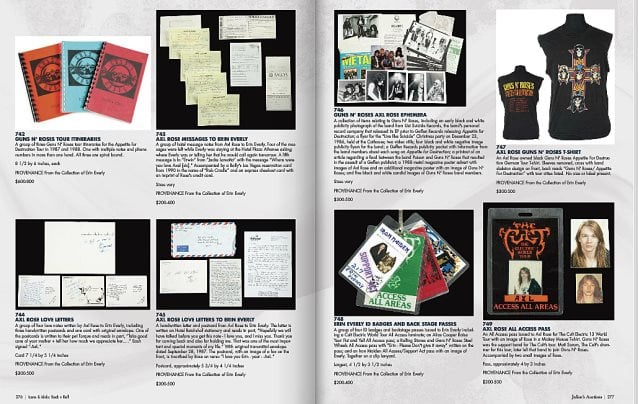