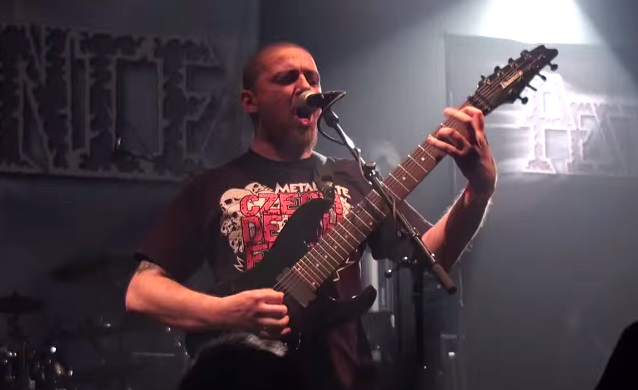 Mameli last year announced that PESTILENCE was "no longer active in recording new material" and was "on a permanent hold" so that he could concentrate fully on NEUROMORPH.

Not dissimilar to the jazz fusion elements found on "Spheres", but combined with the modern PESTILENCE riffing attack, NEUROMORPH is set to blast past all expectations and shatter the eardrums of those thinking just another straightforward "jazzy progressive metal" album is on its way.