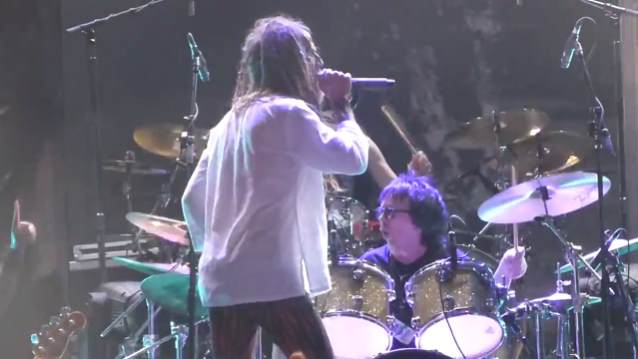 Original KISS drummer Peter Criss joined ROB ZOMBIE on stage last night (Saturday, May 10) at 93.3 WMMR MMR*B*Q 2014 at Susquehanna Bank Center in Camden, New Jersey to perform a cover of the KISS classic "God Of Thunder". Zombie introduced Criss by telling the audience: "Ladies and gentlemen, if you are anything like me, you were very disappointed a little while ago, because I tuned into the Rock And Roll Hall Of Fame, and I did not get to see my favorite drummer get behind the motherfucking drums. So tonight, it is our great honor to bring to you the one and only Catman, Mr. Peter Criss."

After exchanging a hug with Criss, Zombie joked, "This might be a little awkward. I'm gonna sing [the KISS ballad] 'Beth' for everybody. Rob and his band kicked into "God Of Thunder", with Criss and ZOMBIE drummer Ginger Fish — who donned a Catman mask — both playing drums on the song.

Fan-filmed video footage of Criss' performance with ROB ZOMBIE can be seen below.

Zombie told The Pulse Of Radio a while back that KISS was one of his biggest influences when he was young. "There was three things in the '70s when I was a little kid that were incredibly influential to me," he said. "You know, Alice Cooper, Elton John and KISS. As a kid, I was just crazy about all three of those."

Zombie has just completed a short 12-stop tour and will next head over to Europe for a run of festival dates beginning with the Sweden Rock Festival on June 5.

He is promoting the upcoming release of his first-ever concert Blu-ray/DVD, "The Zombie Horror Picture Show", which arrives on May 19.

"The Zombie Horror Picture Show" features Zombie leading his band through longtime favorites like "Living Dead Girl", "More Human Than Human" and "Dragula" as well as newer songs like "Dead City Radio And The New Gods Of Supertown" and GRAND FUNK RAILROAD's "We're An American Band".

A photo book by photographer Rob Fenn will be published as a companion piece to the Blu-ray and DVD. 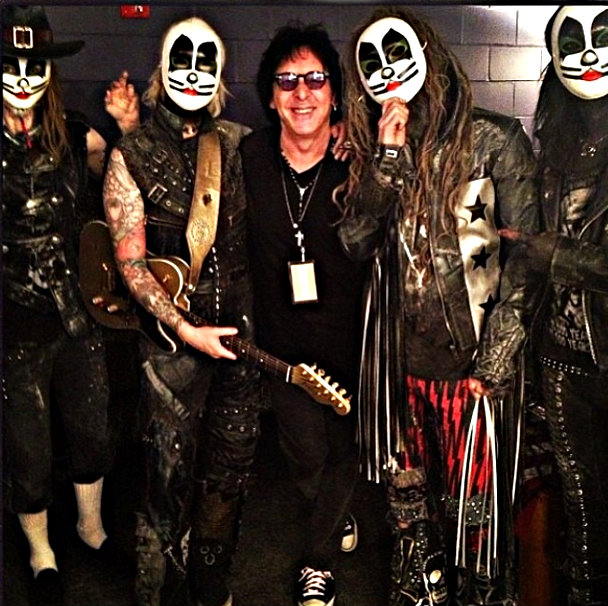