Ford said: "I used to see POISON pulling girls out of the audience, and they'd have so many girls backstage. They were like freaking cattle! Girls were ripping their clothes off and throwing themselves at these guys. There was sex everywhere. I mean, I got it, but it did get a little too much. I just wanted to say to the girls, 'Don't act so stupid.'"

Collen recalled: "On our 'Pyromania' tour, which was our first tour, you'd have these really weird situations with women throwing themselves at you. But by the time of 'Hysteria', we dug in a little deeper and it became more about, you know, substance than substance abuse."

When NIRVANA broke out with "Smells Like Teen Spirit" in the early 1990s, it wreaked confusion upon the hair metal vanguard, putting an end to an era dominated by glamorous, androgynous and sparkly rock stars who absolutely saturated the radio waves and were almost exclusively what aired on MTV. As a result, almost all of these bands went out of style instantly.

In recent years, there has been a resurgence in '80s-esque rock and roll, with bands like DEF LEPPARD and POISON continuing to fill U.S. arenas. 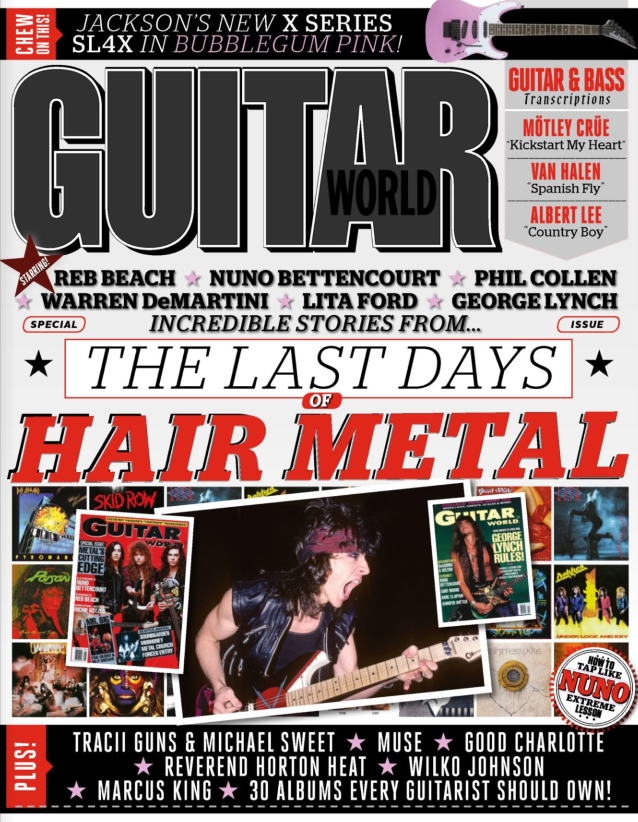