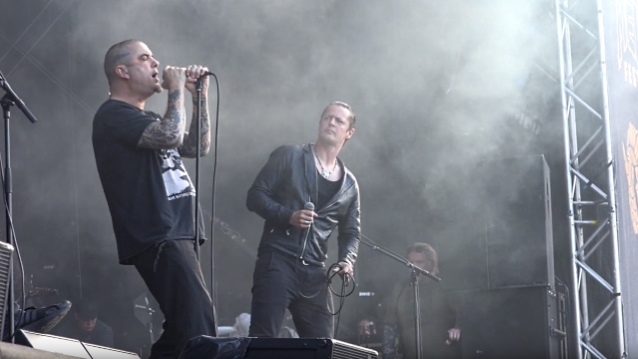 The short-lived black metal supergroup, which featured Satyr alongside the PANTERA singer, DARKTHRONE's Fenriz and NECROPHAGIA's Kiljoy, contributed one song to Moonfog Records' (Satyr's label) "A Different Perspective" sampler nearly two decades ago and was working on a debut album, only to be shelved, never to be heard from again.

During an interview with Landry.Audio, Satyr was asked if he thinks there is any chance that EIBON could eventually be revived. "Every time when my brother Philip and I meet, we talk about it," he laughed. "So that's surely something that we would love to do. But it is hard to make that happen. I'm not really in touch with Fenriz, and nor is Philip. I guess Killjoy of NECROPHAGIA didn't necessarily… I don't know if he… In terms of lyrics, that was pretty much Philip, for the most part, and in terms of music, that was 95 percent me, if not more.

"Being brutally honest, Philip and I could do EIBON without Fenriz and without our late brother Killjoy, but I think that we should have finished it when we were working on this back in the late '90s [and] early 2000s," he continued. "But, frankly speaking, it was Philip's addiction at the time that ruined this whole project. That's all there is to it. [We] can talk about this and that, but that's what it comes down to. At the time, he was beyond fucked up. Yeah, but he really was. We were in the studio trying to do things. I'd come out from the recording room, [and] I'd find him lying, passed out on pills, heroin, whatever, on the floor, with his entourage surrounding him, not wanting to interfere or do anything that could offend him, because he was the big guy. And then I'd be thinking to myself, 'What the hell is this? I love this guy and he's a great musician, but I'm a black metal guy; I'm not a PANTERA fan. And when I travel from the other side of the world to come work, I'm here to work, not to do drugs.' So, for me, that was a deeply frustrating period that really upset me. But I consider Philip one of my very best friends and an outstanding musician, so, in one way or another, I would love to do more music with Philip at some point, that's for sure."

Asked if he knew Anselmo for a long time before they decided to collaborate on an album, Satyr said: "No, I didn't. And perhaps if I would have, maybe things would have been a little bit easier. I can't remember if it was '98 or '99 where I got to know him. It might have been '98, I suppose. And then we were on tour with [PANTERA] in 2000. I have to say this, though, about their music: in hindsight, I like it. I didn't like the music back then when we were actually on tour with them and had a lot to do with them, but in hindsight, I've grown to like their music. I think the [Abbott] brothers [Vinnie and Darrell], the way they interact musically, it's very intriguing. There's nothing quite like it. This rhythmical understanding that the Abbott brothers had is unique. And Dime's guitar playing is phenomenal, of course, but it's also… he [was] very creative from a rhythmical point of view. And I think Vince's way of playing drums and taking all the awkard timing of Dime's riffs and making it a little bit more powerful and straightforward with his drum arrangements was a unique quality that Vince had. And Rex [Brown] providing a strong backbone with his playing, and then Philip being just one of the most unique frontmen and singers in modern heavy metal history, I suppose."

Also last year, Anselmo admitted to Bardo Methodology that he "was still a pill-popping, druggard idiot who'd nod off mid-sentence" while he and Satyr were trying to work on EIBON in the studio. "But Satyr was always a hard worker; he was the guy who led," Philip said. "I found it interesting from a musician's standpoint. We played primitive black metal, so, in my opinion, the listener would consider what we were playing extremely simple… and it was — but I was made to play by the Norge rule of strumming with the wrist instead of down-picking on half-time parts, which is totally crazy in my mind. I tried explaining to a very willful Satyr that the downward chop sounds heavier than halftime-picking, but, alas, he was having none of it. [Laughs] So, despite the music's simplicity, it was a fresh, unexpected challenge within the genre. I fucking loved it! Damned cool experiences."

Asked what ultimately became of the project, Anselmo said: "There was a slight Norge fallout between the natives, and I didn't wanna get stuck in the middle of that particular fight. So, the band never materialized. All I have left is three poorly mummified-sounding songs, recorded and mixed terribly raw, with one song featuring place-keeper-style vocals. Hardly impressive."

Philip went on to say that he still keeps in touch with Satyr, although he hinted that he and the SATYRICON frontman weren't necessarily musically aligned. "Satyr kinda freaked me out back in the late 1990s to early 2000s with the type of bands he liked — especially U.S. acts who were popular at the time," Anselmo said. "I'll just leave it at that. I couldn't believe it. Terrible music taste, in my opinion, but music is subjective. Satyr always had big things on his mind, and there's a palpable hunger within him. I couldn't have predicted the direction they'd go in, but, truth be told, I played no role in the scribing of any SATYRICON record. That's all on them." 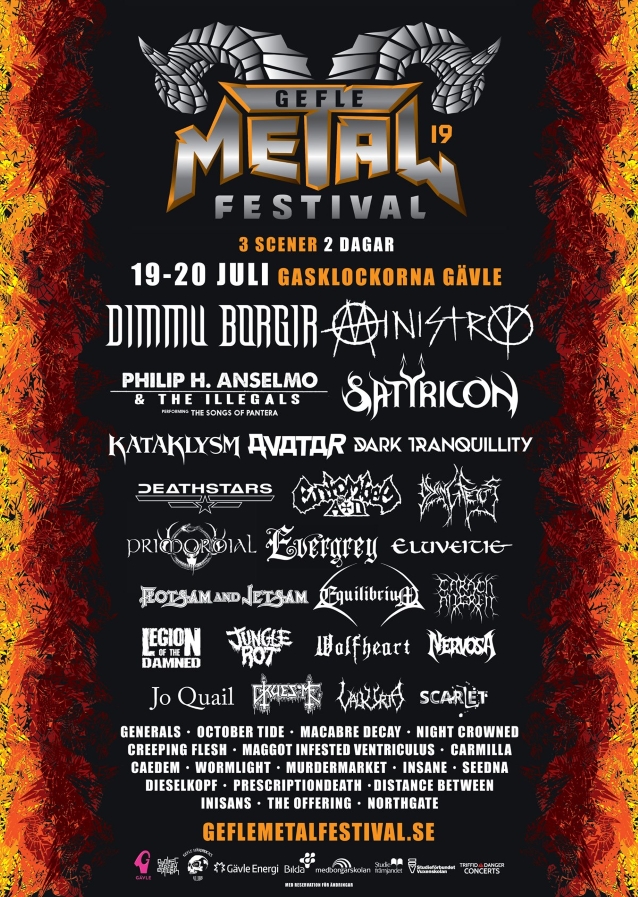