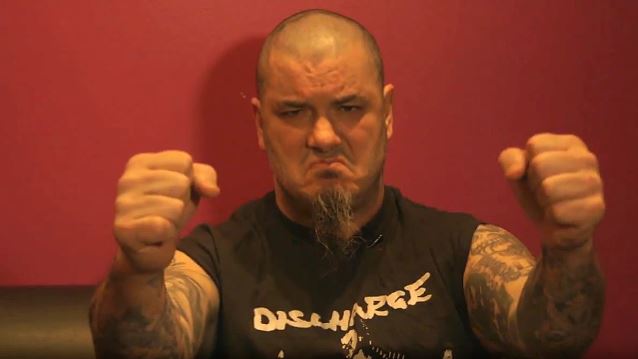 PHILIP ANSELMO Says Methadone Is 'The Worst Drug In The F**king World, Right Next To Heroin'

In the latest edition of Loudwire's "Wikipedia: Fact Or Fiction?" signature series, former PANTERA and current DOWN and SUPERJOINT frontman Philip Anselmo was asked if it's true that he stopped doing hard drugs in 2005, initially so that he could be cleared for surgery on his back. He responded: "Yeah. The doctor would not come near me while I was still on methadone. He was, like, 'Nope.' And that made me go bananas in an effort to come off that drug."

He continued: "Coming off methadone is like falling from a fifty-story building every five minutes. And every other minute in between, you're being pushed to the edge. The anxiety level is through the roof and on top of that, while I was going through detox, Hurricane Katrina had wiped out New Orleans, so I was in Houston, Texas [or] Katy, Texas, and it took us three months to get back home. And by the time I got back home, I was this close… and then I finally looked at this piece of fucking shit in my hand, this little tiny chip of medicine, methadone… It's garbage. It's soul-stealing garbage. And I said, 'Is this really gonna control my life anymore?' And I just threw it away, walked away, and I said, 'Fuck it! Bring on the sickness. Bring on the whatever.' But I had defeated it, really. What I did was take my fingernail shaver, and I would shave down a little piece, a little more, a little more, a little more, daily 'till it was nothing. I weaned myself off. But I will say, the residue that methadone leaves behind… I didn't feel right probably for a year after that. It's so miserable, and it's so… I guess, chemical-altering. It's the worst drug in the fucking world, right next to heroin, which I always defined as definable evil, which it really is."

Anselmo went on to say: "You've gotta understand, I was a young man, and when painkillers came into my life, I made every rookie mistake in the world, like most motherfuckers do. And sure enough, it's not very long after you start taking massive amounts of fucking pain pills, massive amounts of the worst drug ever made next to methadone: Soma. They are the worst. They need to be yanked off the fucking shelf, because very doctor would tell me, 'They're not addictive.' It's, like, 'What? That's why I took seventeen last night.'"

He added: "Using heroin was what I call slamming the door shut — like, 'Fuck off! Leave me alone! If I'm gonna be this miserable, then fucking I'm going away for a little while.' And I did. And I'm glad to not be there anymore. Jesus Christ, what a horrible, horrible thing!

Ex-PANTERA drummer Vinnie Paul Abbott told Revolver magazine in a 2003 interview that Anselmo hid many things from his bandmates, including his appetite for heroin. It wasn't until 1996, when Anselmo overdosed after a hometown show in Dallas that the rest of PANTERA learned of his affinity for the needle.

"It was about 118 degrees outside that day, so I thought the dude had passed out from heat exhaustion," Vinnie said. "He was blue and medics were hitting him in the chest. Then they're saying it's a heroin overdose, and I'm like, 'Dude, you gotta be kidding!' Because he used to preach antidrugs back in the day."

He continued: "[In the years that followed Phil's overdose] he was very private about [the fact that he was using again]. I don't know if he was using the whole time or what, but it got to the point where I didn't know which Phil was gonna show up to the gig. One night he would walk in and be a fucking animal. The next night, I'd walk backstage and he'd be lying in the corner and he'd say he was tired. I will never take anything away from that dude from when he was at the top of his game, but where he's at right now, I think he's much less than subpar at what he does. I have a hard time watching him when I see him on MTV talking about SUPERDOPE RITUAL, or whatever they're called, and he can't keep his fucking eyes open."