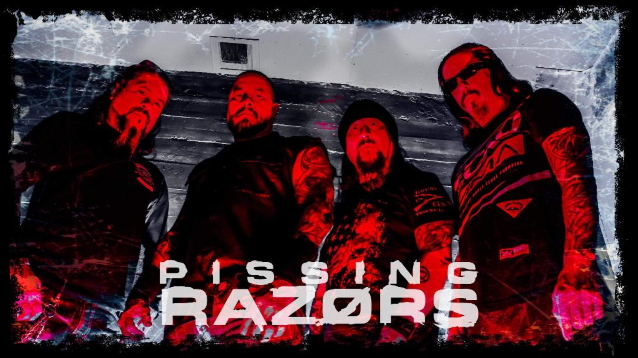 Texas metallers PISSING RAZORS have returned with their latest single and video, "Wasting Away" — a blistering interpretation of the NAILBOMB classic, featuring SKINLAB frontman Steev Esquivel on vocals. Clocking in at just under three minutes, the track is a continuation of the group's raucous experimentation across the landscape of thrash, punk and metal. Crushing guest vocals courtesy of Esquivel are supported by angular, mean-sounding guitars from Mat Lynch — underscored by an explosive performance from rhythm section monsters Geo Gomez (bass) and Eddy Garcia (drums) that hurtles the song forward at breakneck speed. Joe Rodriguez steps up to the plate as the frontman PISSING RAZORS fans have been waiting for; equal parts pissed off lunatic and menacing vocalist able to inject a special kind of anger into each lyric.

Commented Lynch: "Shortly after NAILBOMB's 1994 'Point Blank' release, we added 'Wasting Away' to our live set simply for its sheer intensity, brutally honest approach, and blatant raw attack. There's no smoke and mirrors, no fancy production tricks there. The track demands attention, commands respect, and we are proud to revisit its place in the early development of our own musical pursuits and sound. The pure cut-throat approach to its sonic foundation is what we have consistently strived to ingrain into our own body of work and it still holds true today. We hope we do it justice."

PISSING RAZORS is a name synonymous with American groove-metal; albeit one that you might not be as familiar with as you should. Formed in the early '90s, the band is best known for 1996 album "Psycho Punko Metal Groove" — an introduction to their unique blend of metal, punk and hardcore influences with a healthy dose of heavy metal swagger. In the years since, the band has unleashed five more releases, toured relentlessly, drawn comparisons to (and praise from) acts like SKINLAB, EXHORDER, PANTERA and SEPULTURA and gone through a constant change of personnel. The 2021 incarnation of the band sees original members Garcia and Lynch joined by Rodriguez and Gomez.

"Wasting Away" will appear on PISSING RAZORS' forthcoming seventh studio album, "Eulogy Death March", due out this spring. 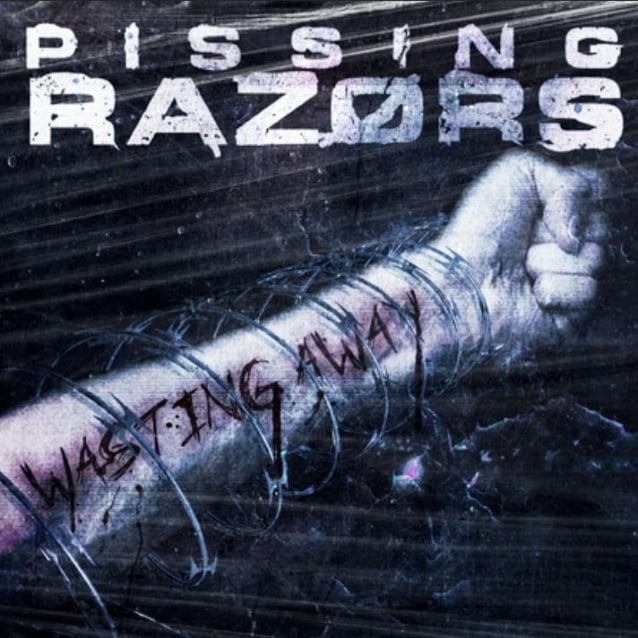