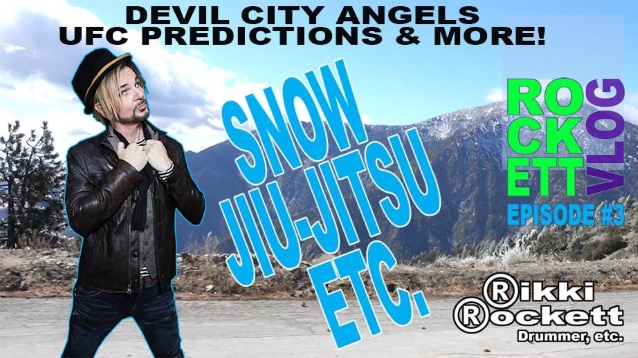 Rikki Rockett — you know him for his incredible talents behind the drums with POISON and DEVIL CITY ANGELS. But there is so much more to this guy than kick drums and crashing cymbal. Currently in the studio laying down tacks for some new DEVILS CITY ANGELS music, Rockett is also a black belt in jiu-jitsu, the father to a couple of pretty awesome kids, a photographer, motorcycle junkie, animal rights activist, founder and part of the creative team of Fallen Angel Customs. And on top of all that, he's funny, has a huge heart and is one smart motherucker.

Check out episode three of the "Rockett Vlog" below.