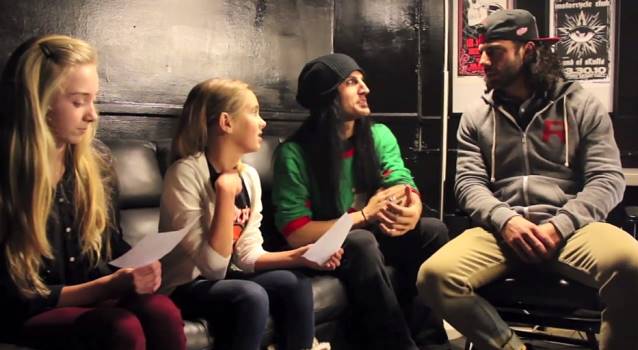 Asked if "Onyx" is a continuation or progression from the previous record, vocalist Leigh Kakaty told Metalholic: "To me personally, it's a progression in the fact that it totally destroys the previous two records.

"For the first time in years, this feels like a rock band. Before it was, we did the independent thing, then we got a record deal and we signed and we had to remix and remaster. Then 'War Of Angels' was really our first time that we got to record with an 'A'-list producer, and then we left the record deal. So there's always turmoil.

"All of our records, ironically, have succeeded, though they never were really released properly. There's always some obstacle that held the album back. The label wasn't on the same page or we were leaving the label. There was always just so much drama that was involved. Now for the first time at eOne, our new label, it's all full guns-a-blazing and everyone's believing in this music. Everyone's excited about the album. And most important, in the band we're all really excited about each other. We all understand our roles and we're not fighting each other internally. Everyone's very supportive of each other."