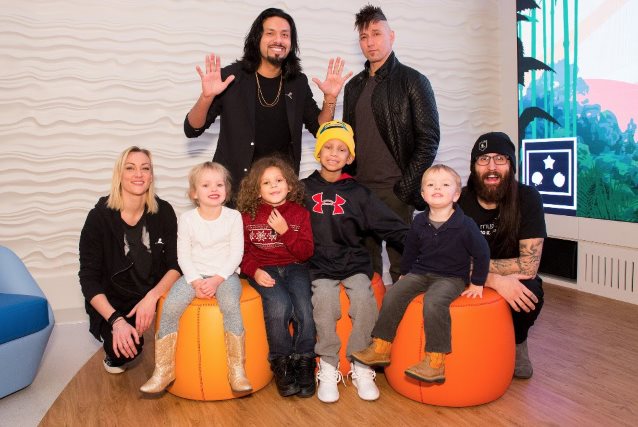 Michigan act POP EVIL recently took time out of its tour schedule to visit with some special fans at St. Jude Children's Research Hospital in Memphis, Tennessee. The band was invited by the hospital as part of Music Gives To St. Jude Kids, an initiative that mobilizes the music community — artists, fans, corporate partners and sponsors — to join in the fight against childhood cancer and other life-threatening diseases, and to raise funds and awareness for St. Jude Children's Research Hospital.

"Playing for the children of St. Jude Children's Research Hospital was a career highlight," says POP EVIL frontman Leigh Kakaty. "Whenever you can help bring inspiration and positivity to children in need, it makes it all worthwhile. Being able to bring smiles to both the kids and their families was humbling and something we hope we can do more of in the future."

The band performed some of their biggest hits like "Footsteps" and "Take It All". Video of each performance can be seen below. Bassist Matt DiRito adds: "It has been such an honor to be able to work hand in hand with the staff and families at St Jude. Those kids have touched our lives in a way that is so incredibly powerful and different from anything we have experienced in our travels across the world."

Watch the performances at this location.

POP EVIL's latest album, "Up", was released in August 2015 via eOne Music. 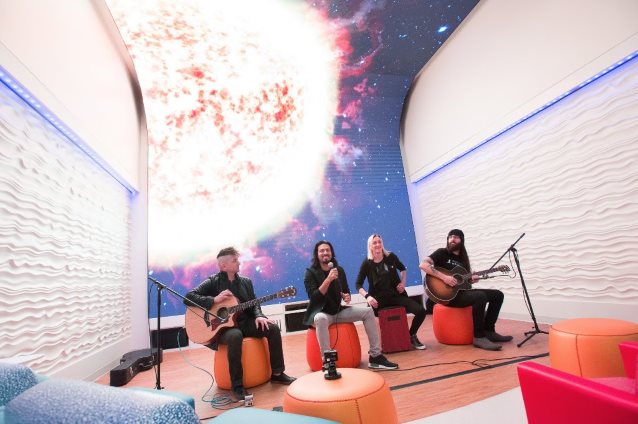 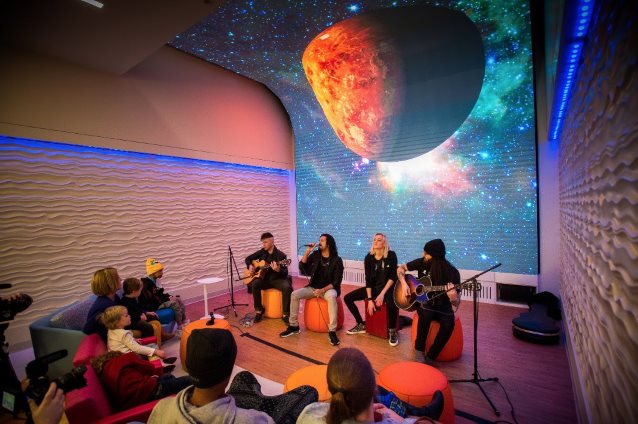