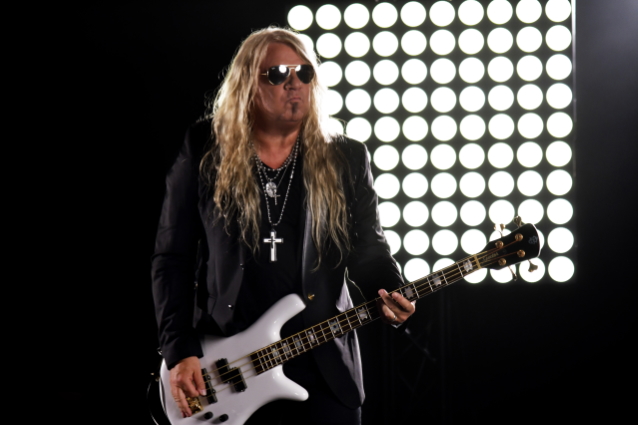 PRIMAL FEAR bassist and producer Mat Sinner says that he has spent the last eight months in eight different hospitals.

The 58-year-old German musician, whose real name is Matthias Lasch, shared his health update four months after PRIMAL FEAR announced it was scrapping all of its previously announced shows for 2021 and 2022 "due to a serious illness issue."

Earlier today (Sunday, December 19),Mat took to his personal Facebook page to write: "After 8 Months in 8 different hospitals, target - home Feb 12,2022." He added: "Light a candle for me on Xmas, we have so many things to do".

Last April, PRIMAL FEAR released a five-track single called "I Will Be Gone". Also made available was the official music video for the title track, featuring a guest appearance by former NIGHTWISH singer Tarja Turunen.

Light a candle for me on Xmas, we have so many things to do ❤️