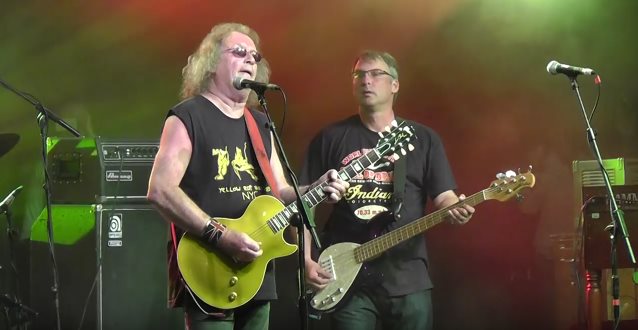 The brand new studio album "Novum" (on CD and 2LP) by PROCOL HARUM will be released on April 21 via Eagle Records. The band's first studio album in fourteen years, and thirteenth overall, follows 2003's "The Well's On Fire". "Novum" is released as the band celebrates its 50th anniversary, while also undertaking a European tour. The album release is preceded by that of the single "Sunday Morning" on April 7.

Half a century ago, powered by the huge and ongoing success of their debut single "A Whiter Shade Of Pale", PROCOL HARUM went on to help define the progressive rock genre while at the same time embracing their roots in blues and soul. "A Whiter Shade Of Pale" continues to be one of the best-selling singles of all time. The cover artwork of "Novum" by Julia Brown references elements of the sleeve of that album — the band's eponymous debut album in 1967.

PROCOL HARUM has been an evolving musical force from the first performance in '67, but always led by founding member, singer, pianist and composer Gary Brooker. Most of today's lineup has been playing together since the early '90s and it includes bassist Matt Pegg (JETHRO TULL, Ian Brown),drummer Geoff Dunn (Jimmy Page, Dave Stewart, Van Morrison),guitarist Geoff Whitehorn (Roger Chapman, Paul Rodgers, Roger Daltrey) and Hammond organ player Josh Phillips (Pete Townsend and Midge Ure),but to all their fans, they are the real PROCOL HARUM.

"Our last studio album was in 2003, and with 2017 being 50 years of PROCOL HARUM, something special was needed, which has resulted in a new album of new songs with the band as we've stood for the past decade, all contributing with producer Dennis Weinreich to make what I believe to be one of the finest PROCOL HARUM albums ever — 'Novum' — just listen," states Gary Brooker.

"Novum" sees a new direction for PROCOL HARUM, with the songs being written and created by the whole band, with most songs featuring words by Pete Brown, most famous for his songwriting collaboration with the members of CREAM. This has given a different feel to the songs, retaining the thought provoking content for which the band has always been known but with a different slant and elements of humor.

"Novum" marks not only an incredible fifty years of amazing music, but also the next step for this seminal band. This long-awaited collection of brand new songs is sure to be welcomed by PROCOL HARUM's devoted fanbase. 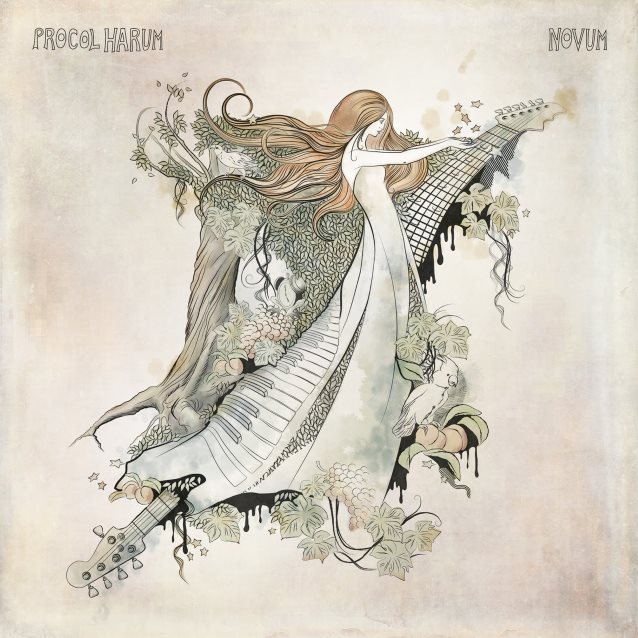