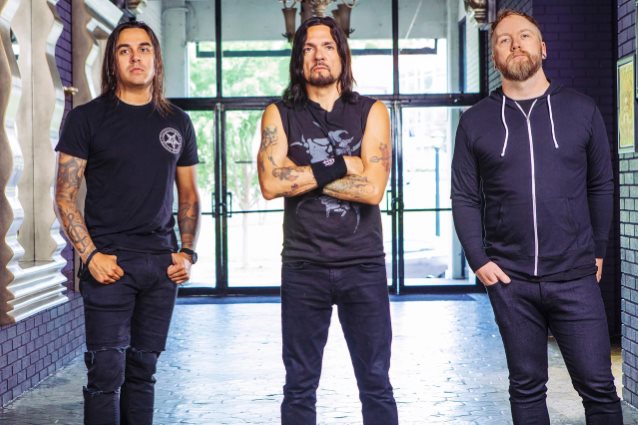 PRONG bassist Mike Longworth has been forced to leave the band's European tour due to a "family emergency." The group states: "Our old friend Jason Christopher has come through and will finish out this European run with us. Our thoughts are with Mike and his family."

PRONG's next concert is scheduled for this Friday, July 28 in Weinheim, Germany.

The band is touring in support of its new album, "Zero Days", which will be released on July 28 via Steamhammer/SPV as a CD digipak, 2LP gatefold, digital download and as a stream.

"Zero Days" was once again produced by PRONG mainman Tommy Victor, with trusted collaborator Chris Collier as co-producer and engineer.

Victor stated about "Zero Days": "I must say a lot of effort was put into this new 'Zero Days' recording. From the minute I would get off tour, I would consolidate ideas from the road and form new ones. Again, the focus was on creating good songs. We wanted this record to be modern as well as holding justice to all the previous releases. Again, and maybe even more than normally, I went crazy meticulous with the lyrics. I had built up a lot to say and I wanted to articulate them in the most intelligent way possible. I firmly believe the mission was accomplished all around.

"We are really pleased with the performances on this record as well," he continued. "It's a solid outing. We have the anthems, the bangers, the thrashers, the grooves, everything that makes up a PRONG record. It's definitely a record to listen to start to finish."