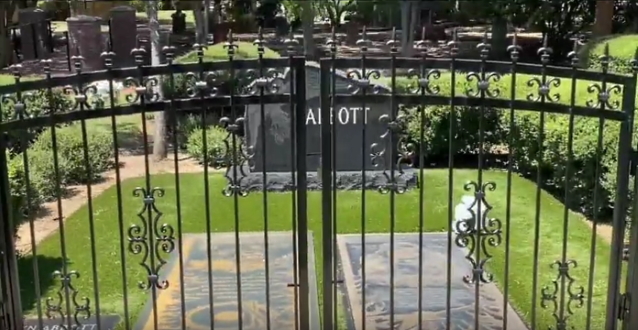 A protective fence has been erected around the graves of legendary PANTERA guitarist "Dimebag" Darrell Abbott and his brother, PANTERA drummer Vinnie Paul Abbott, presumably to guard them from vandalism.

Several recent photos and video clips of the graves at the Moore Memorial Gardens Cemetery in Arlington, Texas — taken before and after they became fully enclosed by the metal fence — can be seen below.

After 16 years, I finally got to visit Dimebag Darrell at the cemetery