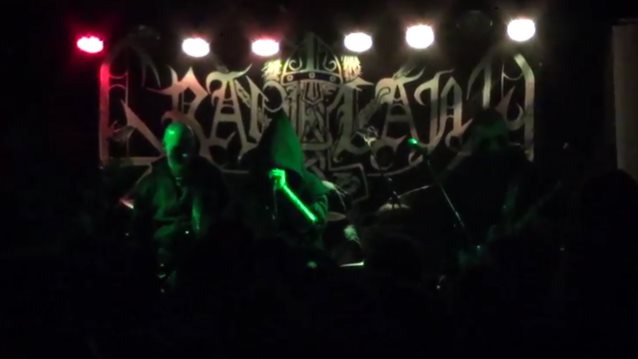 According to TVA Nouvelles, the Messe Des Morts music festival, which was scheduled to take place tonight (Saturday, November 26) in Montreal, Quebec, Canada, has been canceled "for safety reasons" following a protest against one of the event's performers with alleged ties to white supremacist groups.

The Polish band GRAVELAND, which was scheduled to appear at the Théâtre Plaza, has drawn criticism for the National Socialist political views of singer Robert "Rob Darken" Fudali.

The festival's organizers have released the following statement regarding the decision to call off the event: "For safety reasons, we are forced to cancel tonight's concert. Know that the Théâtre Plaza's administration, as well as the Messe Des Morts' organisation have put every effort to find another conclusion. Despite this announcement, we invite you to go back home calmly and to show the same respect you have shown since the festival's debut. Understand that we cannot give you further details for the moment."

Earlier in the week, the Montreal Gazette received an "anti-fascist alert" on behalf of militants who have denounced organizers for knowingly welcoming what the militants call an anti-Semitic group.

"A band with racist and anti-Semitic ideas has no place in Montreal," wrote Karine Fortier in the alert.

"Montreal must remain a safe place for everyone and where racist people who think they have an opening to express their discriminatory ideas must meet with resistance," she wrote.

"It's important that this concert not be held," Fortier said."Whether it's the Théâtre Plaza, that refuses to provide a place for racist bands, or the city of Montreal, that doesn't want to welcome these bands. We can't legitimize such ideas and above all we can't give them a place to legitimize their ideas."

Protesters clash with security outside Theatre Plaza ahead of the concert by Polish band #Graveland in #Montreal. https://t.co/INkdoXtT6Hpic.twitter.com/33Z8yqupYJ 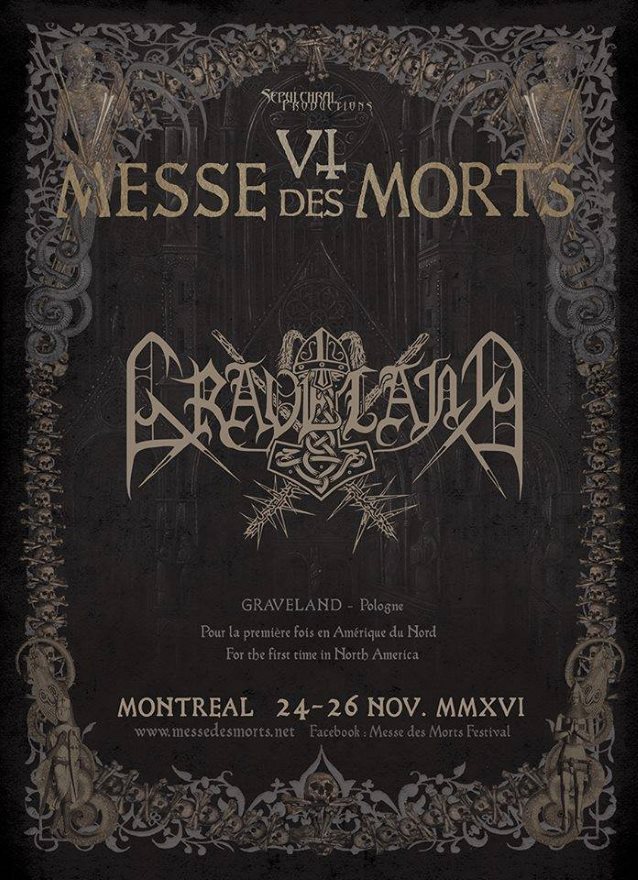