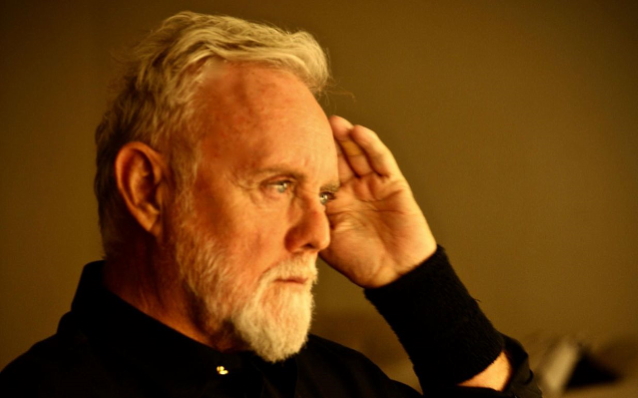 On March 30, QUEEN drummer Roger Taylor was awarded an OBE — Officer of the Order of the British Empire. Roger was included in the 2020 New Years Honours list, which rewards a lineup of well-known figures from the worlds of art and sport.

The legendary musician was presented with the honor by the Prince Of Wales during an investiture ceremony held at Windsor Castle and he dedicated the honor to his late friend and fellow drummer Taylor Hawkins of FOO FIGHTERS.

Roger said in a statement: "My whole family and his whole family were very close. He was, [as] my wife called him, sunshine in human form. He was the most wonderful man, and I can't quite believe that I'm not going to see him again."

Roger also credited Taylor with being an "inspirational mentor" to his son, Rufus Taylor, who is the drummer for THE DARKNESS.

"He's done a lot to help my son, who's a great drummer, and he actually sort of mentored him," Roger said. "We're going to miss him so much."

Hawkins died at a hotel in Bogota, Colombia on March 25. Local officials said an ambulance was sent to the hotel after a man reported having chest pains. The 50-year-old FOO FIGHTERS drummer did not respond to resuscitation efforts and was declared dead, the city's health department said.

On March 26, the Colombian attorney general's office announced that Hawkins had opioids, marijuana and other drugs in his system before he died. A toxicology report showed traces of 10 substances in his body, including anti-depressants, the office said. The statement added that the National Institute of Legal Medicine and Forensic Sciences "will conduct the necessary medical studies to ascertain the cause of death" and that it "will continue the investigation and will report the results obtained within the framework thereof in a timely manner."

The FOO FIGHTERS were scheduled to perform on March 25 at the Picnic Stereo festival in Bogota but their performance was canceled.