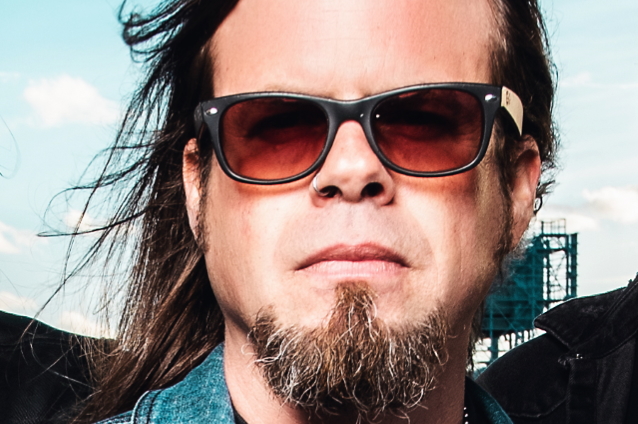 On Friday (May 1),Todd took to his social media to write: "Some pieces on a few songs left to finish up for my solo record. The others are all done being recorded minus a few solos. 2020 release and I'm super stoked for it"

This past March, Todd said he would use the coronavirus downtime to write or co-write a few more tunes and "shape up existing songs/demos" for his solo album with his lifelong best friend Craig Blackwell. He also said that he and his QUEENSRŸCHE bandmates would take advantage of the time away from the road "to work on new ideas" for the follow-up to 2019's "The Verdict".

La Torre previously talked about his plans to release a solo LP in a 2017 interview with Canada's The Metal Voice. He stated about the direction of the material that will appear on the record: "Musically, it is probably, like, FIGHT meets PANTERA meets BLACK LABEL [SOCIETY]. It's definitely got that kind of southern… You know, PANTERA had that certain power groove — not full-fledged [speed], but has thrash elements. And then vocally, I'm singing probably a lot more chest voice, and then I've got some brutal gutteral vocals on it… That'll be a lot more brutal and more thrash, but the vocals are definitely more a power-metal, operatic kind of a thing — very aggressive…"

QUEENSRŸCHE has spent the past year touring in support of "The Verdict", which was released in March 2019 via Century Media Records.

QUEENSRŸCHE will support the SCORPIONS on the German hard rock legends' Las Vegas residency in July.

Some pieces on a few songs left to finish up for my solo record. The others are all done being recorded minus a few solos. 2020 release and I'm super stoked for it ✌