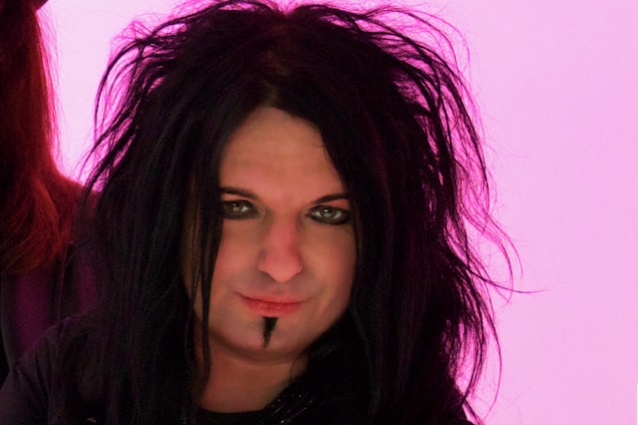 QUIET RIOT guitarist Alex Grossi says that he "loves" the fact that several major artists have banned cell phones at concerts, explaining that he wants to see people "appreciating what's in front of them, not living through their phones."

During his tour this summer, Jack White will require concert attendees to put their cell phones in locked Yondr pouches for the duration of his show. It's a tactic that's previously been used by GUNS N' ROSES, MISFITS, Alicia Keys, CAGE THE ELEPHANT and the comedian Dave Chappelle.

Through the use of technology like Yondr, fans are able to place their phones in a pouch that unlocks only after they leave the no-cell-phone zone. The pouch can also be unlocked at specific cell phone stations inside the venue.

Asked by Buzz for his outlook on the future of rock and roll, Grossi — who also plays in Dizzy Reed's (GUNS N' ROSES) HOOKERS & BLOW — said: "I like to look at where music is going technology-wise, and I love that people are banning cell phones at shows. Jack White just announced he was doing it, the MISFITS are doing it. You have to lock your phone away in a pouch and don't get it back until the end of the show.

Phone-free concerts are touted as a way to cut down on illegal filming, non-stop selfies and other distractions that can take away from the performance.