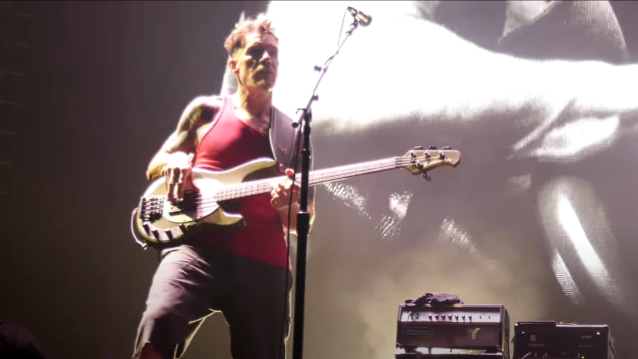 RAGE AGAINST THE MACHINE bassist Tim Commerford has joined forces with Mathias Wakrat and Jonny Polonsky to form a new trio, 7D7D. The band's debut track, "Capitalism", has just been released via Mad Bunny Records and can be streamed below.

It is hard to pinpoint what hits you first — the misleadingly upbeat, even pop nature of the melody and Tim's vocals, or his signature bass tone; Mathias's totally unique and odd pattern of drums, whose time signatures have hints of jazz, mechanical and electronic rhythms but are all acoustically created expertly integrated; or Jonny's sublime, precise and powerful guitar locking it all together to deliver the lyrics — manifestos, really — that arrive into your mind like a snake in the grass. In just a few lines of "Capitalism", the catchy tune compels you to sing along before you even realize the no-holds-barred content, and the lyrics continue to come down like a gavel, explicitly denouncing the tyranny and injustices Tim observes, and has raged against, all his life.

Raised in Irvine, California, Tim learned the bass and began to channel a tough childhood into music. By the time he was in his early 20s, he was in RAGE AGAINST THE MACHINE. Tim was also in AUDIOSLAVE (where he met Jonny) and PROPHETS OF RAGE. French-born Mathias first fell in love with percussion through his uncle who played, and began studying it at age 11, before moving to Los Angeles, where he would later meet Tim. Tim and Mathias were fast friends, sharing a passion for mountain bikes and John Coltrane, though it took many years before they performed together in a band.

In 2015 the two were both in the trio WAKRAT, which Tim described as "unapologetic, unrelenting, unbridled and uncensored. Understood?" However, this could be said of every band Tim has been in.

Tim and Jonny first started writing music together after AUDIOSLAVE broke up. Jonny had been a guitar tech, but that humble position is deceptive — Jonny was discovered in the 1990s by Reeves Gabrels, and Frank Black from the PIXIES helped produce his first demo. Jonny was then signed by Rick Rubin to his label American Recordings. Jonny went on to join PUSCIFER, he has toured with many artists, including Tom Morello, and he has recorded with Kevin Haskins and David J of BAUHAUS, and played on the last two Johnny Cash albums produced by Rubin and more. 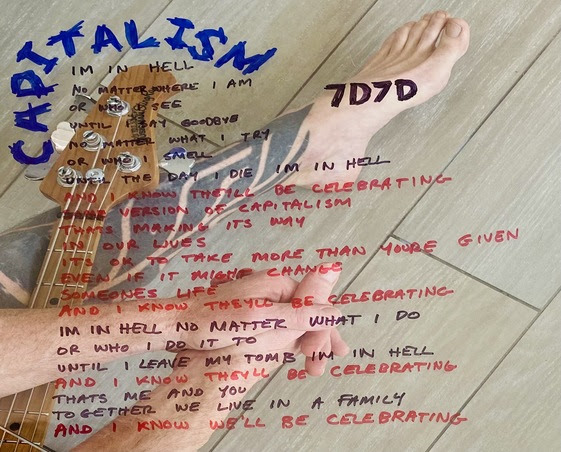