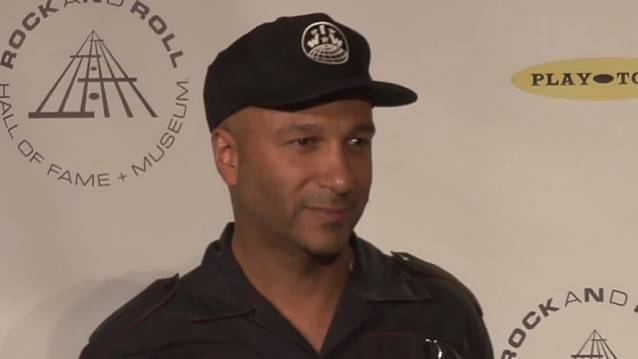 According to The Pulse Of Radio, RAGE AGAINST THE MACHINE guitarist Tom Morello told Rolling Stone that he has 19 songs ready for a new solo album and promised that the sound will be "very hard and very funky." He explained, "I want to take my guitar playing places it's never been. I want to take the musical underpinnings of what I do and blow them up and put something brand new together that's not THE NIGHTWATCHMAN, that's not RAGE AGAINST THE MACHINE, that's not AUDIOSLAVE, that's not STREET SWEEPER SOCIAL CLUB — it's something completely different and that feels like an exciting challenge."

Morello told The Pulse Of Radio he wants the album to sound as big as possible. "It's time to rock," he said. "I want to make the craziest guitar record that anyone's ever heard. The idea is that this is the Hendrix of now."

Morello said he intends to work on the new album throughout the fall, adding, "I'm really going to challenge myself in the presentation of those songs. I want it to feel like it's 10 steps into the future."

Morello has made several acoustic folk albums over the past few years under his pseudonym THE NIGHTWATCHMAN.

RAGE AGAINST THE MACHINE reunited in 2007 for live work, but has been inactive since 2011.

For most of the past year and a half, Morello has been a member of Bruce Springsteen's E STREET BAND, touring regularly with the group and playing on eight songs on Springsteen's most recent album, "High Hopes".